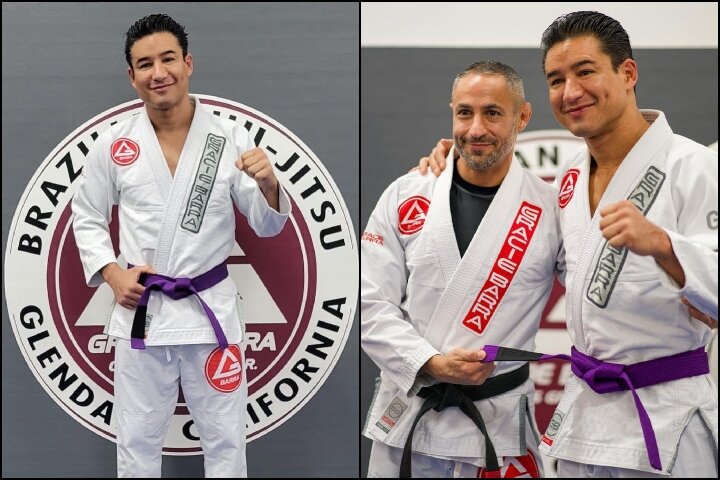 Mario Lopez, the famous actor who is best known for his role in the “Saved by the Bell” TV show (as A.C. Slater), has been promoted to a BJJ purple belt!

Lopez shared the awesome news on his social media:

Praise is coming from all sides, including Rener Gracie:

Gordon Ryan congratulated the actor on his purple belt as well:

Congrats to my buddy Mario Lopez on his well deserved purple belt today. Things are getting serious now.
Excited to see him in purple belt divisions now somehow in the master 14 division even though he looks like he’s 26.

Lopez has been competing for quite a bit as a blue belt and has won a number of tournaments.
On top of that, the popular actor truly enjoys training BJJ, as he stated in an interview for Men’s Health:

Jiu-Jitsu is like physical chess. You’re constantly learning and expanding your mind. I just love it!

I love the community and everything that it’s about and that I get to do it with my kids. It instills such a great work ethic and confidence and physical toughness, as well as emotional, psychological toughness, and a lot of confidence.

So I love all those things and all those attributes and it’s taught. It will compliment my day, especially when I’m rushing from my radio show to Access.