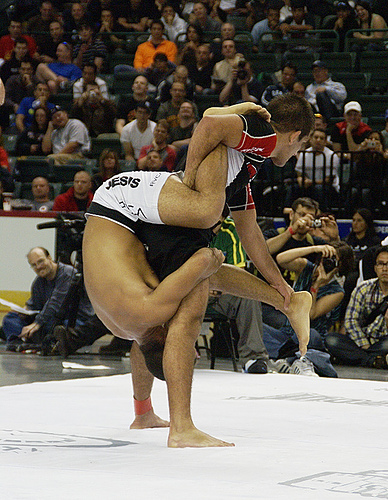 ADCC has just confirmed that 2x champion Leonardo Vieira will be in Beijing in October. in the last edition in the UK, Leo finished runner-up of the 77kg category which was won by Marcelo Garcia.

Léo Vieira also had some proposals to fight his first MMA fight around the same time as the ADCC but decided to favor the grappling event because nothing was 100% confirmed with the MMA event. In the past he had competed in the to 66kg division where he won two gold medals. At the last edition in UK, Marcelo Garcia submitted him with a triangle.

Checkmat will send a complete team and will cover each weight class with at least one fighter: Marcus Buchecha, João Assis, Rodrigo Cavaca, Alexander Trans and for women: Michelle Nicolini, Ida Hansson and Marina Ribeiro.