2013 Brasileiro Champ Murilo Santana: “I Put A Hold On My MMA Career, I Missed Jiu-Jitsu Too Much…” 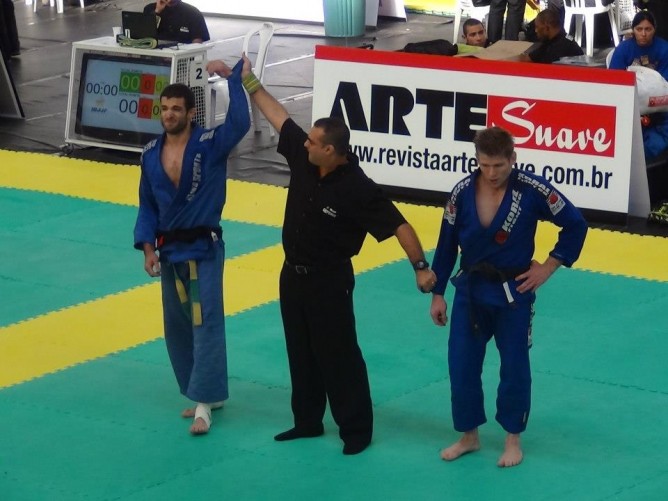 Murilo Santana is a BJJ Black belt under the famous UFC referee Mario Yamasaki, who fights for the Sao Paulo based team, Barbosa Jiu Jitsu. Santana is considered one of the top fighters in the stacked midleweight division where he has won important tournaments such as the Brazilian Nationals, the Sao Paulo State Championship and numerous other competitions.(Short bio from BJJ Heroes)

At last weekend’s Brasileiro, which was held in São Paulo, Murilo Santana returned to the kimono and once again became champion. Closing in the middleweight division with Adriano Silva.

“I did three fights in, all tough guys that were well prepared. I only submitted in the first match. I would have fought better, but I was happy for the victories and closing the weight class with my training partner Adriano Silva from Barbosa Jiu-Jitsu, “he said. 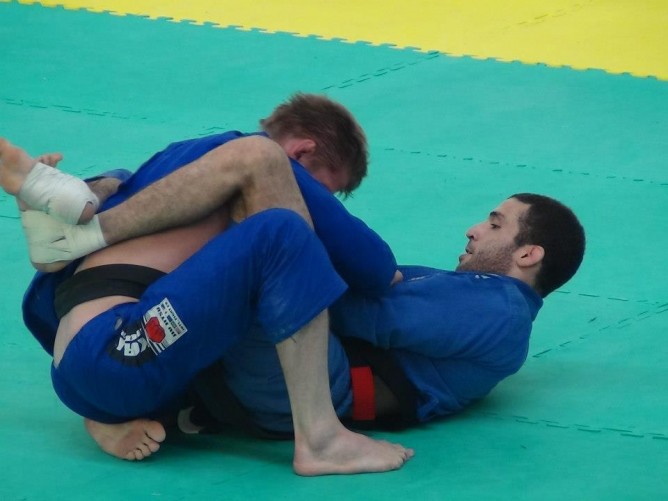 Asked about the change of the tournament from Rio to Sao Paulo, Murilo praised the change: “It was great to fight in Sao Paulo with all the people there screaming, the gym is also very good and the championship was well organized,” he said.

The fighter, who was away from BJJ competitions to be focused on MMA, said he decided to return to practicing his specialty because he missed BJJ too much. Furthermore, assured that will not leave MMA, but assured his focus on the gentle art.

“I was training hard in MMA, but I was longing to devote myself more to Jiu-Jitsu. I had a MMA fight and I enjoyed, and liked training MMA, but I’m trying to concentrate on one thing at a time and now I’m focused on Jiu-Jitsu again. In the future I do not know how it will go, but I’m focused on training every day, “he added.