You’ve Been Doing It Wrong: Best Way To Catch Your Breath In Between Rolls 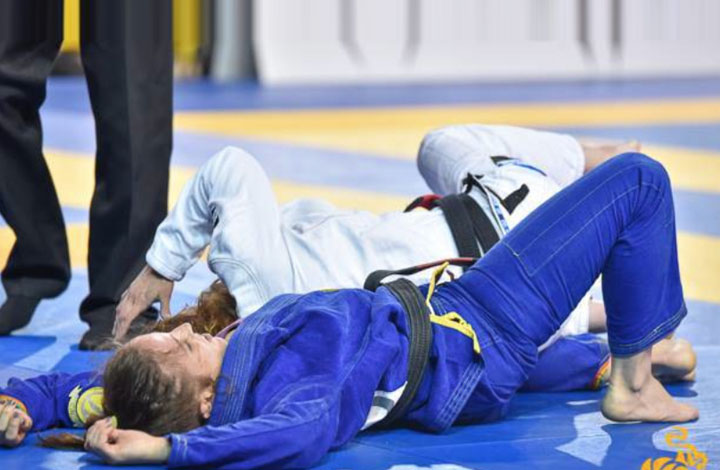 Recovering has a special importance in the life of every grappler.

It also plays an integral part in many high level matches such as that 5 round fight between Conor McGregor and Nate Diaz.

So what is the best way to recover during a work out scientifically?

One recent study conducted at Western Washington University set out to find out what works best when you’re gasping for air: standing up on your hands behind your head or bending over with your hands on your knees.

The result: Bending over Michael Jordan-style reduces your heart rate by 22 more beats per minute (BPM) than staying upright does. Here’s the deal, recovering quickly offers much advantage in competition and during rolling according to many scientific evidence. If you can lower your heart rate and catch your breath in shorter amount of time than your competition then you can go harder, faster and longer than the opponent when it matters.

This of course makes sense in a competitive type situations but what about when you’re just training for it? Well bending over is not lazy, it’s actually very smart.

If you’re doing cardio or high intensity intervals, bringing your body closer to the baseline allows you to attack the following interval with just as much intensity as the previous one. In the end, you’ll be able to perform more total work and reap a much bigger benefit according to Lorie Brilla Ph.D>

Bending over is ideal for recovery for a variety of reasons including that it slightly moves your body’s primary breathing muscle – the much important diaphragm so you can bring additional air into your lungs with each breath. The position also allows the abdominal muscles to force out more CO2 every time you exhale. And that’s an important byprouct of exercise. In order to get rid of it, your heart rate increases to pump more blood to your lungs so that gas is replaced by oxygen.

This is why EPO drug has such a huge influence on an athlete’s performance.  Erythropoietin (EPO) is a hormone produced by the kidney that promotes the formation of red blood cells in the bone marrow. EPO is a glycoprotein (a protein with a sugar attached to it). The kidney cells that make EPO are specialized and are sensitive to low oxygen levels in the blood. So taking EPO thickens the blood, and increases the levels of oxygen significantly.

But just think, if a slumped hunched position can help any why not relax yourself into a more optimal state by simply crouching. Crouching shuts off your sympathetic nervous system – the one wired to make your heart race and adrenaline spike and kicks in your parasympatheetic nervous system which slows the breathing down and helps you unwind.