Young Jiu-Jitsu Fighter Who Was Gravely Injured In Competition Recovers Use Of Arms: ‘My Dream Is To Come Back To Jiu-Jitsu’ 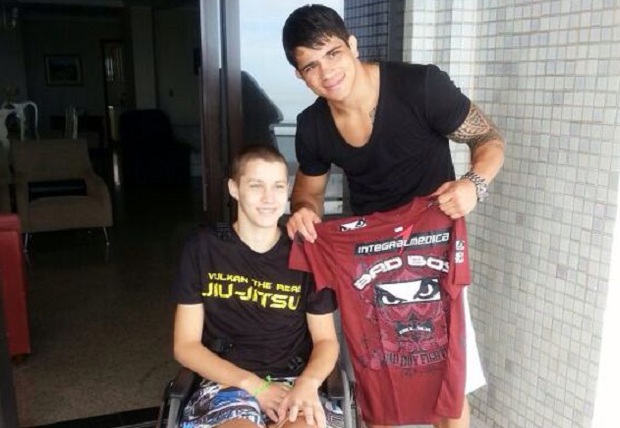 Gabriel Diniz was a 15 year old fighting in the adult division, and subsequently lost the use of his arms and legs. This happened at II Etapa do Campeonato Estadual de Jiu Jitsu Capixaba in Brazil on August 4th 2013.

Gabriel Diniz, who lost the movements of the arms and legs after being stacked on his head during a jiu-jitsu match (watch the video) , showed significant improvement in his clinical condition. After a few days, he started to move his shoulders, and is starting to feel sensation in his legs and arms.

What followed for the next months were surgeries, relentless physiotherapy sessions, doctors, donation campaigns . From day to night, the young man’s life, 15 years, turned upside down. Such effort has been rewarding. Rehab is slow – and can not be total. But the trend is clear. Gabriel has regained sensitivity in the entire body and is starting to move his arms. For the moment he can’t move his legs yet. 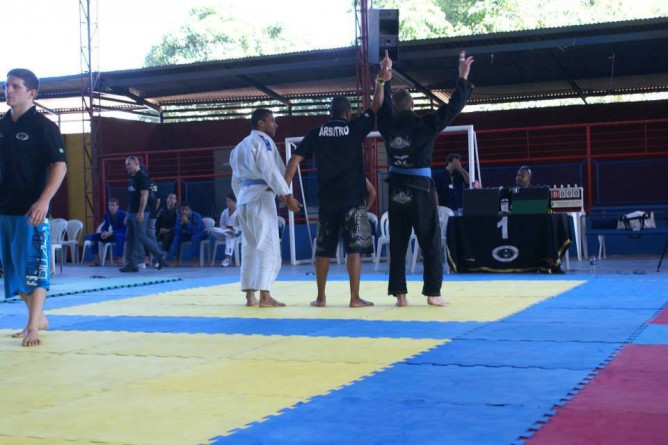 Gabriel (right) was a promising talent

In Belo Horizonte, where he is spend about a month to continue the treatment at the  Sarah Kubitschek Hospital  in the Neurorehabilitation section, Gabriel Diniz said in a telephone interview with tatame:

“I’m fine. I can move your arms, wiggle a bit on the phone and talk by WhatsApp. The recovery is going well, and I do physical therapy every day, “said Gabriel, asking for help to hold the device for him.

The blue belt, now 16 years old, says that he follows the Jiu-Jitsu competition scene closely. His biggest dream is to return to the mats, where he feels at ease. Since the fateful fight, he has never returned to his academy.

“Until today I did not dare to visit the academy I attended to watch the workouts. But I was longing, longing to be there again. The thing I want most is to be back practicing Jiu-Jitsu. “

Through the internet, Gabriel Diniz is able to follow all sport competitions, reading interviews with athletes and keeps updated.

“I follow everything. I saw the Pan American. I’m dying to see the Worlds. I love the Miyao brothers, because I liked to scramble in fights.” 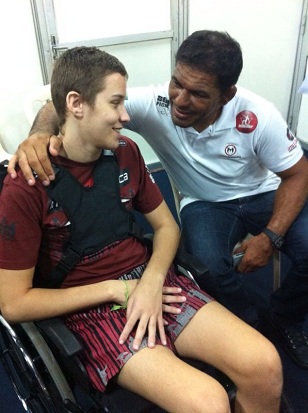 Gabriel’s case has gained notoriety in Brazil and abroad. Athletes like Antonio Rodrigo Nogueira , Fabricio Werdum Erick Silva were some of the names who showed solidarity. Donations came from many parts of Brazil, but the treatment is not cheap.

“I do not know how much my parents spend per month, but it’s not cheap. Bahia has a business that helps us a lot, from time to time, drop some donations. For now, it is quiet, but you never know about tomorrow. ”