Why Roger Gracie Is Undoubtedly BJJ’s Greatest Of All Time 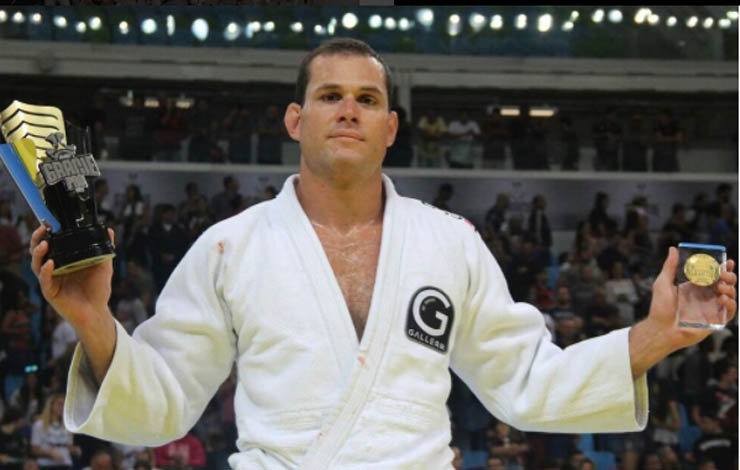 10x BJJ World Champion and ONE Light Heavyweight World Champion Roger Gracie from the Evolve Fight Team has been a BJJ competitor for 20 years. And after yesterday’s match at Gracie Pro in Rio de Janeiro, Gracie has finally announced his retirement from the sport.

And what a way to end his career — after a disappointing result in 2012, Gracie was able to redeem himself by finally submitting his nemesis, Marcus “Buchecha” Almeida with a collar choke, ending the fight in a little under seven minutes. If this isn’t enough proof that Gracie is undoubtedly BJJ’s GOAT, we don’t know what else is. But here are some other reasons why anyway.

We’ve said it more than once, and we’ll say it again – the basics, no matter how simple they may seem, always work — especially if you’re Roger Gracie. Gracie’s ability to win many of his matches with the simplest techniques, his specialty being the cross choke from the mount, is what Gracie is known for. In fact, in an interview with Evolve Daily, Gracie quipped, “Once I have the mount, it is very difficult to escape.”

After finally defeating Buchecha, Gracie has now the distinction of having defeated some of the greatest legends in the sport, including Alexandre “Xande” Ribeiro in 2006 and Ronaldo Jacare in 2005. He has won all the matches above by submission.

Roger Gracie has never been submitted in his entire career, even in his run as a black belt. Known for his impeccable defense and ability to escape from any vulnerable position, Gracie is practically impossible to finish. Furthermore, any BJJ fan knows that any match with Roger Gracie will show Gracie completely controlling his opponents. With his efficient movements, Gracie is able to enforce his game and put pressure on his opponents to give him what he wants. As predictable as Gracie’s game may seem, what’s amazing is that he is still able to use it against opponents of the highest levels.

For two decades, Roger Gracie has continued to impress the BJJ community by submitting and completely dominating almost all of his opponents. Gracie remains living proof that simple, classic BJJ techniques work. Noted BJJ philosopher and legendary coach John Danaher has this to say about Gracie’s game: “Mr. Gracie’s game is truly worthy of deep study. Once again we see the idea of a simultaneous proactive and reactive game. Mr. Gracie had a proactive positional game and a reactive submissions game. Very few people could impose a positional game in the manner in which Mr. Gracie did. Once he gained a position on the classic hierarchy, it was rare indeed for him to lose it – if he ever gained some form of positional advantage it was hell to take it back from him. This pressure could not be ignored by his struggling opponents. As they worked harder and harder to resist the positional pressure, their stance, posture, and movement became more vulnerable, and the opportunity for reactive submissions become more frequent and easier.”

5) Because he makes everything look so easy

What sets Roger Gracie apart from other competitors is his ability to stay several steps ahead of his opponents, proving that he is truly a master of the game of human chess. Never mind that they’re highly decorated black belts themselves — Gracie is quick to make anyone forget that you’re actually watching two talented black belts, competing at the highest levels. His flawless execution of techniques enhances his ability to dominate his opponents, something that he has been able to do for many years.

The legendary Roger Gracie has undoubtedly left the BJJ competition scene as the greatest competitor to ever grace the mats. This latest win has certainly helped solidify his claim to be the best of all time, proving once again that perfect technique trumps athleticism and talent. As he continues to focus on his career in MMA, we can only hope to see more exciting submissions in the cage from the greatest submission artist in the history of BJJ.

From all of us at Evolve Daily: Congratulations, Professor Roger!