Why Does Brazilian Jiu-Jitsu Attract Nerdy Types & Turn Them into Assassins? 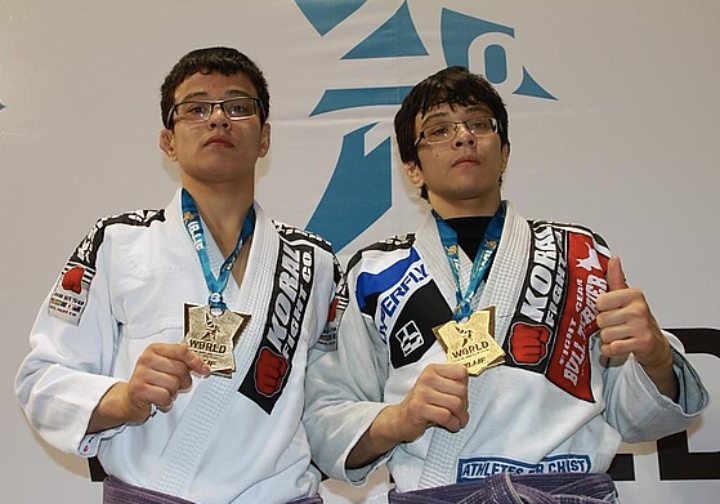 I am not a natural athlete. At school I was in the C team reserves in rugby, did not compete in any of the sports day events, and I have never been particularly strong, fast, or fit, and that was the physical state in which I started BJJ. I loved Eragon, Lord of the Rings, Warhammer, Halo – anything sci-fi or fantasy to be honest. I played video games and read books. I was, and still am, a nerd, though perhaps not as obviously now. I also like to consider myself pretty good at BJJ, and I don’t think these things are unrelated.

BJJ is often referred to as a small man’s martial art, the art of the weak or the old, and I think that’s a beautiful way to look at it. Just a small amount of training is enough to overcome a substantial difference in strength. A simple understanding of leverage and base means that your strength can be utilized far more effectively, and you just need to look at who trains to for proof – the best practitioners are rarely the largest, old men sign up and start training long after other sports have passed them by, and women choking out men twice their size is far from a rare sight. The question though, is how is this achieved?

I think the heart of it gets to the reduction in explosive force. Consider a boxer. Most of the force is not actually generated from the arms, but instead comes from the legs. A kinetic chain transfers energy from their feet, to their legs, to the rotating core, to the extending arm, and hopefully (or not, depending on who you’re rooting for) to the opponents face. Thus the explosive energy is transferred. Take the fight to the ground however, and suddenly all that changes. No longer is there a kinetic chain, no explosive power. This is why wrestlers and judoka must be so fantastically strong, where jiujitero are not – for the first two, the work is in taking the opponent to the ground, where the fight will end. Almost all their work is done in the explosive area, whereas the work of the BJJ artist is almost all done after the fact. This is also why you might see so few KO’s in MMA matches after the fight hits the ground. More often than not, a fight will be finished by TKO instead, a flurry of weaker strikes instead of a single devastating blow.

There’s more to it though. BJJ is much about the study of leverage, and by good understanding of this one may apply a much greater force with much less strength – not only is your opponent’s strength advantage diminished, but yours is multiplied and increased. Simple understanding of where on the human body the levers exist, and where force should be applied, allows a much weaker opponent to emerge victorious. And knowledge of how two bodies interact can allow you to engage far larger muscle groups than those you are attacking. Your legs are likely much stronger than the arms of someone much bigger than you, and triangles and arm bars are extremely effective ways to use the dangerous legs.

Finally, the method of dispatching your opponent relies little on strength much of the time. If I were to punch a body builder in the body, I expect it would have essentially no impact. A choke, on the other hand, is essentially irrelevant of strength, reinforcing BJJ as a small man’s martial art. This is added to by the latest craze in BJJ – leg locks. It doesn’t matter how strong and muscled your legs might be, if a child could apply a heel hook properly you would know about it.

Together, these things promote BJJ as the martial art for the weak, and its not through speed or flexibility or some pressure point magic, its just through simple understanding. It goes much deeper though.

A word of warning here. Though BJJ is a brilliant martial art for self defense, and versus a total novice even a small amount of training can play a huge role, let’s be honest, there’s a reason weight divisions exist. Skill can bridge much of the gap, but Gordon Ryan isn’t built like a gorilla for no reason. Nonetheless, I think power and speed usually differentiate competitors after skill levels are considered, and they’re secondary in comparison to other, more cerebral qualities.

Other, martial arts tend to promote loud, brash competitors, more reminiscent of the public image of a ‘fighter’. Boxers and mixed martial artists are much more commonly trash talkers and showmen, their social media showing how ‘powerful’ they are. Ignoring a couple of outliers (AJ Azagarm for one, the closest thing submission grappling has to the horror that is Colby Colvington) BJJ competitors are of a different breed. Look at anything Emil Fischer wears. It’s it bright, its garish, his latest getup is covered in cookies, unicorns and rainbows – it is not the mark of a man trying to look macho. Even on Gordon Ryan’s Instagram account, between pictures of his crowns and his workouts and his captions about how everyone has no hope and should just give up now, you’ll find Dude Franklin, the ewok teddy. The man has made an account for his star wars doll. These men are not fighters in the normal sense, but are more thinkers. So at the lowest levels I agree, it reduces the effectiveness of strength and explosiveness so much with just a basic understanding, BJJ is the art of the weak. BJJ at higher levels is not the art of the weak though. The depth of the art and the necessary understanding needed to be competitive changes it to something else. It is the art of the nerd.

BJJ is phenomenally complex, even as martial arts go. I don’t mean this out of arrogance, or to demean other martial arts – it is simply an effect of being based on the ground. With the limited explosiveness also comes a lack of chaos and free moving parts, and yet so many more ways in which two bodies can interlock. This combination of semi predictable yet infinitely varied interactions, the fact that each movement can be limited and controlled, and that the action is slow enough to be studied on the go, makes for a brilliantly intricate art. Each position can be mapped, categorized, analysed, and countered on the fly. Other martial arts do not provide such a platform for detailed study of each movement, nor enough freedom for such innovation. With use of the internet, ideas and techniques become distributed worldwide with just a click, and people use that information, building on it, developing it, crafting it into ever more complex forms. Two bodies can interlock in an unfathomable number of ways, and with transitions between each of these there too many patterns to count. Nonetheless, people try, with students developing and innovating new strategies and tactics each day. It’s these innovators that Joko Willink and Joe Rogan referred to as assassin nerds, and I think that’s the perfect term. They work on ways to kill you with their bare hands so obscure that the uninitiated would never dream of them, and with so many people working on evolving the sport, who can keep up with this but a nerd?

This complexity is why I think BJJ is so beautiful, so effective, and ultimately so open to all. I don’t like it when people are described as having a natural body for BJJ – how can it be said that someone is naturally built for BJJ when there is such variation in how to practice the art? Some are top players, some guard pullers, some iminari roll or butt scoot to a leglock. Even at the early levels, lanky people favor triangles, squatter people favor kimuras, bendy people rubberguard, and the list goes on. The variation in the top level athletes, both in physicality and in style, is so huge that I just don’t believe that there is anyone who cannot become proficient. Consider me, with my lack of previous sports experience or ability. I’ll admit that between then and now I’ve become much stronger, fitter, and more flexible, but that was not the case at the start. No, I grew into an athlete after, and because of, BJJ.

Each new iteration brings something else to learn, and with such variation in the ways you can play the game you can never have said to have learned all of BJJ. Anyone who claims to have learned all they can is a fool, but you don’t need to have learned BJJ to such depth to make it effective. Even with just a few months training a white belt can dominate a novice much larger than themselves, despite a substantial strength disadvantage.

Honestly, the challenges of becoming good at BJJ are less physical, and more mental. The main barrier to most people, especially large people, is ego. Beginners are going to have to accept that they’re gonna have their ass beat over, and over, and over, irrelevant of their size. Strength and size are suddenly so less important, and there is such a breadth of ever evolving technique that there’s a style for every type of person, and anyone can become proficient relatively quickly. Anyone, whatever size, build, or strength can become an assassin nerd with ease. That, ultimately, is why I think BJJ is for everyone.

You can check out the rest of my articles at thoughtsonfighting.wordpress.com. Please subscribe to me there to see the articles as soon as they come out. Seriously, you’re not gonna get spammed, I do an article once every two weeks or so. Otherwise follow me on Instagram @diserensmma, and you’ll get the updates there.