Why Do Kosen Judo Players Insist on Pulling Guard? 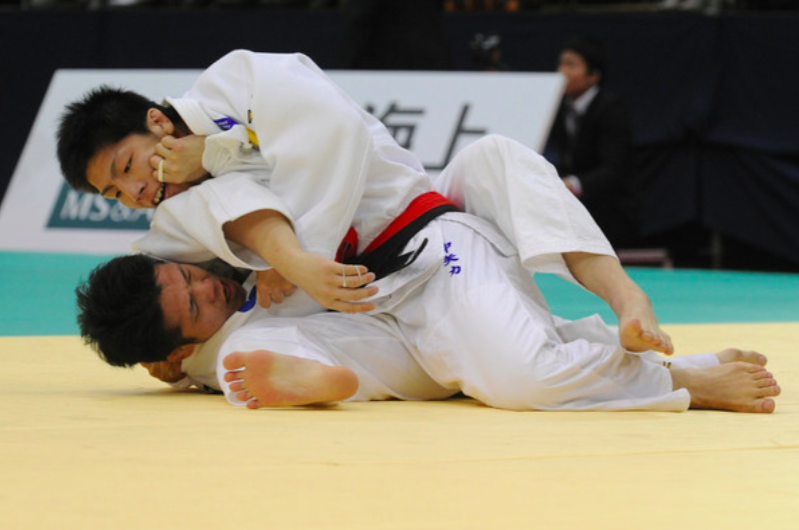 If you have been playing BJJ long enough and are interested in various grappling arts, you’ve probably heard of Kosen Judo.

And for those of you who need a quick recap, here’s what Kosen Judo is about:

Technically, I believe these folks call their style as Nanatei Judo, where Nanatei refers to seven former imperial universities, but I simply consider Kosen Judo and Nanatei Judo as referring to the same style of Judo in this post. I’m also focusing more on what these 7 national university clubs have been doing in the following discussion.

OK, let’s get back to the main point.

If you’ve heard of Kosen Judo before, you might also be aware of the major difference between Kodokan Judo and Kosen Judo–the rule regarding guard pulling as we call it.

Kodokan Judo doesn’t allow it, and Kosen Judo welcomes it as an effective way of transitioning into ground work, which tends to be the main focus of Kosen Judo.

But why does guard pulling play a significant role in Kosen Judo?

If you know what’s actually involved in Kosen Judo tournaments, it will be easier to see why Kosen Judo players insist on guard pulling. And this might be something you didn’t know or consider before.

1) They do annual team events. And they take these annual events seriously.

3) You never know who’s going to fight who until each team’s selection is revealed.

4) If you get more wins than your opponent’s team, your team will win.

5) If you win, you stay and fight against the next player. If you draw against your opponent, both players will be eliminated.

6) Some players are often assigned the strategic role of going for the draw. In this team competition context, a draw can mean a lot.

7) And of course, some players may have the role of going for the win.

8) You can win by a throw just like in regular Judo. But, from a strategic perspective that tries to minimizes losses for the team as much as possible, going for a throw can be a riskier option, given that you may get thrown or countered and lose instantly, whereas you may have higher chances of escaping from a pin or a submission even if you’re in a bad spot.

In short, the point is:

A Kosen Judo team’s main focus is to win as a team.

To win as a team, they need to win more individual matches than their opponent’s team, of course, but it’s also important for their players not to lose, especially in matches where, for example, a weaker and lighter player with little experience may have to fight against a stronger and heavier player with more experience.

Throws are considered as a riskier option that may lead to an instant loss if the player gets countered, which may happen even to a more experienced player. Ground work may be more predictable, and ultimately preferred for the team’s win.

On a related note… here’s a random Kosen Judo match from 1983. You can see hints of reverse de la riva, spider guard, single x, lockdown (which is actually called niju garami in Judo), and perhaps some other moves that we are familiar with today in BJJ.