Why Brazilian Jiu-Jitsu is The Ultimate Stress Relief 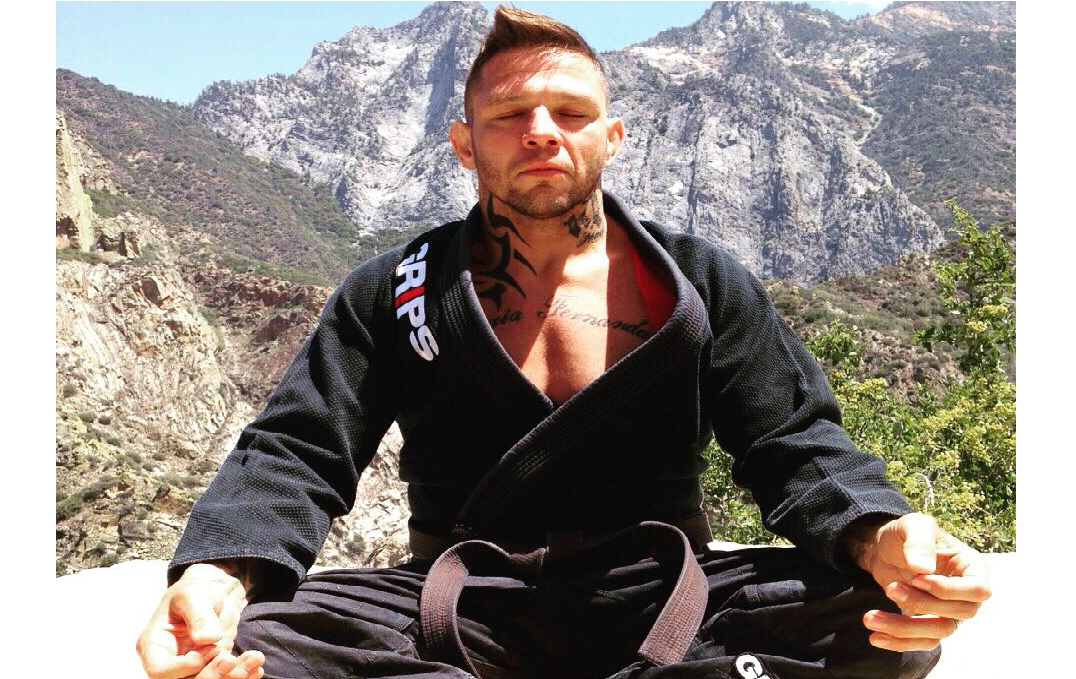 Written by Ryan O’Shea, BJJ brown belt under Jorge Britto & Saulo Ribeiro. He runs his own academy in Canada: stratfordbjj.com

Meditation can be loosely defined as the act of engaging in contemplation or reflection, to engage in mental exercise for the purpose of reaching a heightened level of spiritual awareness. Most commonly used to clear one’s mind of life’s stresses.

Meditation is used in many cross disciplinary programs that aim to deal with stress and to relax their practitioners. The rightful assumption is that by focusing upon a minute detail or action you release the tension of a life full of distractions and worries. With a lot of practice you can get to the point of emptiness or Zen. The benefits of meditating are many and have been discussed to great length by spiritual leaders and scientists alike.

The issue is that mastery of your thoughts takes years of practice and guidance. Like most other activities most cannot or will not commit to something that takes that amount of time to get the desired result.

For instance if you have been studying yoga recreationally for years and have come to a time in your life where things such as job insecurity, relationship issues or family problems become a point of contention or distraction, you have already developed the necessary skills to effectively meditate and relieve some of your stress or at the very least compartmentalize and rationalize your thoughts.

Most people, who need something to remove the weight of life’s woes, if only for a moment, would benefit greatly from something like yoga. Unfortunately these people do not yet have the necessary skills in place where when left to their thoughts will only dwell on the problems at hand. Potentially exasperating their stress and causing them to quit. We live in an era of instant gratification.

This isn’t a problem with the various systems that employ meditative techniques. It is the fact that we as a society of individuals want to get a quick fix without working for it. Many simply do not want to waste their time if the desired effect hasn’t reared its head within the first few sessions. Some may genuinely not have the lifestyle that will allow them a moment of “wasted” time.

Enter Brazilian Jiu-Jitsu and its forced meditation. Brazilian Jiu-Jitsu or BJJ is a self defense system made famous by the Gracie family and later in mixed martial arts fights within the UFC. Its practitioners ran roughshod through their competition, receiving little to no damage and effectively proved BJJ to be the best single martial art for no rules fighting. What makes BJJ so effective is its training method. Full resistance grappling in which theory is constantly tested and applied in live sparring. Essentially the scientific method put into the development of a martial arts system.

So how can a full contact competitive martial art be relaxing to the point where one can meditate? 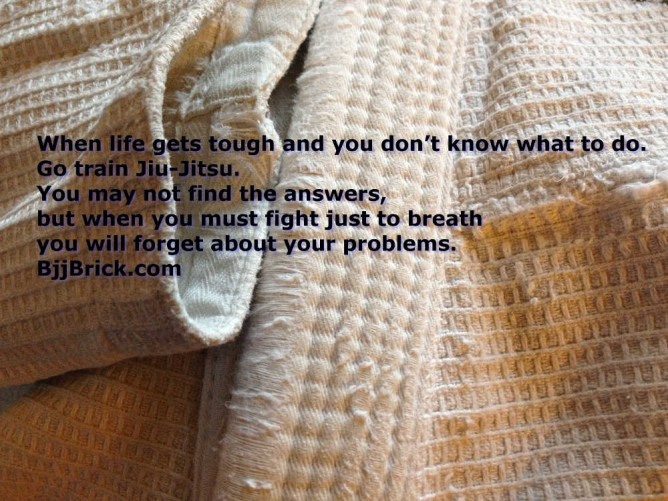 Simply put, meditation doesn’t have to be relaxing. Most people have heard of “runners high” before, where long distance runners or swimmers get to a point of exhaustion where they literally get a euphoric feeling. The issue is that generally only very good athletes are able to push themselves to this point and it usually takes a very long time to get to get there.

Let me run you through a basic single hour Brazilian Jiu-Jitsu class.

We start with a simple warm-up involving; running, jumping jacks, pushups and some art specific movement exercises to begin. The instructor will then teach a technique, for instance a choke from a dominant position and later its respective defense or escape. Everyone partners up to practice this currently theoretical technique. Specific training where both parties attempt to utilize their newly learned moves with full resistance then ensues, thus turning theory into proven practical application. Class ends with rolling, which is BJJ speak for full resistance sparring.

The forced meditation occurs most frequently during the “specific” and rolling portions of class. No matter who you are, in this position (someone on top of you trying their hardest to choke you to the point where you have to “tap” or give up), there is no realistic way you can be thinking about your divorce or the upcoming promotion you might not get. The only thing you are doing is focusing on survival, and the only way to do that is to focus on the technique that will allow you to survive. It is single thought in body and mind. It is meditative.

Now add the endorphins being released with the incredible workout you are taking part in, and the fact you can snap into this state within seconds, potentially on your first day of class. Anyone can easily get a sense of the meditative state so prescribed to them in necessity, to relieve stress and get a break from detrimental thought. The value is irrefutable.

This “meditation” may not be for everyone, but it works and is definitely worth a try if other more traditional means were unsuccessful.

Makes sense to me.

About the author Ryan O’Shea

I have been teaching and training Brazilian Jiu-Jitsu full time for just shy of a decade. I am currently a Ribeiro Jiu-Jitsu Brown Belt under Jorge Britto and Saulo Ribeiro. I recently started my own academy under the Ribeiro banner in a small city outside of Toronto Canada called Stratford.
I began training BJJ in 2003, and started my formal and proper tutelage in late 2005 under Wagnney Fabiano, Leo Santos and Cesar Rezek from Nova Uniao at Toronto BJJ whom under I received my Blue Belt. I started teaching Kids and morning classes as a Blue Belt in 2006. Shortly after we changed to Ribeiro Jiu-Jitsu and never looked back.
I was hired as the manager of Toronto BJJ alongside my ongoing role as an instructor. Unfortunately my managerial role bit into my competitive aspirations and I have thus far only captured a few semi major titles to go along with my local wins. I hope that as my academy establishes itself I will be able to return to full time competition.