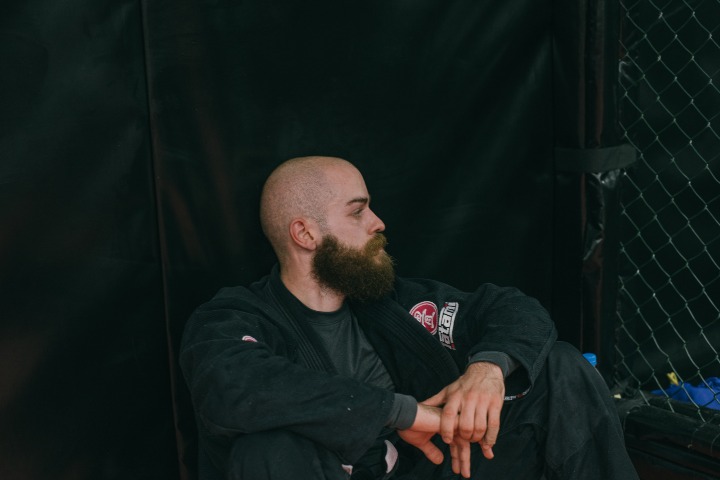 So you want to know what you will know after one year of Brazilian Jiu Jitsu? Or perhaps you are already past the one year mark and are wondering what you should know by now? We will discuss in this article a few of the aspects in Jiu Jitsu that you should or will be aware of.

Basic technical foundation
In this case, we will consider the average practitioner who trains 3-4 times a week, not a competitor. After one year of training you should have a technical base consisting of a few basic submissions (armbar, triangle, arm triangle, kimura, Americana, etc) and one escape from each position of control. Chances are you will also have a basic setup or two for your favorite submission. These moves will all be down to a basic level, with very few, if any advanced technical details.

Principle foundation
By now you should have a basic understand of how Jiu Jitsu works, how it uses angles and leverage to defeat pure strength, etc. You should have an understanding of what framing is, why hip escapes are important, what bridges are used for, etc. These will all help you further down the path and they are all very important in your Jiu Jitsu journey so try and grasp them as fast as you can.

Competition experience
Generally, even in countries with an underdeveloped Jiu Jitsu scene, you can get around to 2 competitions per year at least. Chances are you already had your first experience competing. It doesn’t even matter if you won or lost, what matters is that you took the first step in competing, you’ve faced your fears and jitters, you’ve stepped on the mat and competed. The first step is always the hardest. If by now you did not have a chance to compete, try and do this at least once or twice. At least afterwards you will know how that experience feels and if you should do it again or not.

Asking questions
Asking questions is one thing. Asking the right questions is another. By now you should have an idea of what questions you really need to ask as well as how to answer to questions Jiu Jitsu wise. There is a difference between asking how do you make this triangle work and how can you adjust the angle only using your hands so he doesn’t get any space in the triangle. In the same way, there’s a big difference between going to your instructor and saying my technique doesn’t work and saying my technique doesn’t work because he posts his hand too far away. Getting technical in your thinking will get you more technical in your actual execution.

Friends
Obviously by now you should have some friends at the gym. This is important because of multiple factors. First of all, It’s obviously harder to quit if you’ve got friends there who always keep pulling you at training. Secondly, chances are that your friends will, in time, provide you with valuable feedback regarding your Jiu Jitsu development. Other perspectives on your game will prove to be valuable.

How to improve
You should at least have an idea of what you’re good at and what you’re bad at. That in turn, will tell you what to improve and how to prioritize things. This may come in different shapes and forms. Perhaps you’ll decide you want to improve on a certain technique. Perhaps you will want to improve on a certain position. If you are training among competitors, by now you will probably decide that you want to have your own gameplan, even if it is a basic one. Things will develop from there.

Ego
This is usually learned in the first few weeks but even so, by now you should know that ego has no place on the mats. The most common form of ego is not accepting defeat. Chances are you’ve probably been defeated more times than you can count by now. There is a saying in Jiu Jitsu “You either win or you learn.”. Embrace that and after every defeat, make sure you, at least, learn one small thing that could have made a difference. In time, these will add up and change your game positively.

Proper behavior
Proper attitude and behavior is a must have in a martial arts gym. What most martial arts often have in common is the respect that exists between the students and the respect that the students have for the teacher. While there are some differences between the gyms (some require a strict discipline while some do not), you should know by now what proper etiquette is at your gym and what isn’t. Showing disrespect and breaking the rules in your gym is certainly a big no that will either get you kicked out or smashed in sparring.

The meaning of belts
Belts, a sign of seniority, knowledge, consistency, discipline, success. It all depends on the practitioner. Usually the promoting criteria for a competitor is higher than the criteria for a hobby practitioner. You should know what being promoted means and how it ties in to more than just your skill level on the mat. Consistency, dedication, competing, respect shown are all factors that value in someone’s promotion (to some degree). The most important thing you should have realized by now is that you should chase knowledge, not belts.

Editor’s note: We’ve posted this article first on Steemit which is free to view at your convenience: https://steemit.com/bjj/@bjjblackbelt/what-you-should-know-after-your-first-year-of-bjj