What We Learned From The 2013 Pan Jiu-Jitsu Championship 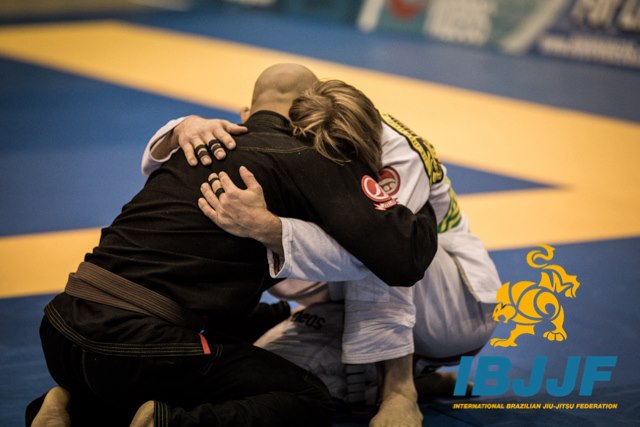 The great battle between AJ Agazarm and Victor Silverio

This last edition of the Pan is done and dusted and we are now getting ready for the World Pro in April and IBJJF worlds at the end of May. Before we move on let’s look at the stories that stood out in this Pan.

This 2013 Pan was the first ever Jiu-Jitsu event with random PED testing for black belt medallists. this news was released about two months ago to the big surprise of the whole Jiu-Jitsu community. Many predicted that many of the big stars would not show,  because of not being able to remove the steroids from their system in such short notice, and getting caught. Xande Ribeiro also said that in this Pan guys would be: “much smaller and would get tired faster…” . However when one looks at the matches at black belt, the divisions were relatively stacked. The big names missing were  Rodolfo, Kron, Claudio Calasans, Xande, Antonio Carlos and Lovato. There were some surprises like Romulo losing to Guto Campos in the semis and Caio Terra narrowly beating Bruno Malfacine but other than that it was business as usual: Rafa Mendes beat Cobrinha, Andre Galvao dominated, Leo Nogueira won super heavy, Buchecha won double gold, Gabi Garcia won double gold…Nothing really changed.

The Buchecha-Galvao absolute final was a barn burner. Both of them are very exciting fighters that always look for the submission and don’t just fight for points. The match was fought at full speed by the two black belts. Buchecha had this comment about it:”Galvão was an amazing adversary. Today I said to him the same thing I said the first time we fought and he won. I said ‘Andre it is always a pleasure to fight you. I’m a big fan! It was an honor! Thank you very much’”

A good amount of the women divisions finals closed out while the other three matches were very close, decided upon by points.

Keenan Cornelius continued on his path to getting double golds at all the majors at brown belt (He has already picked up double golds at No Gi Worlds and Europeans) and took the double gold at Pan Am without too much difficulty. The final against Paulo Miyao was a bit disappointing especially since it came after such a exciting final between Buchecha and Galvao. Keenan and Joao’s match was all about double guard pulling and 50/50 guard battles…Really not were we want our sport to be headed.

The semi final brown belt match between Aj Agazarm and Victor Silverio was amazing. These two were involved in the brown belt kumite and were friends but they engaged in a fierce battle. At the end the score was tied and Aj Agazarm took the ref decision. The embrace from the two fighters was heart warming and is the image that really represents Jiu-Jitsu.