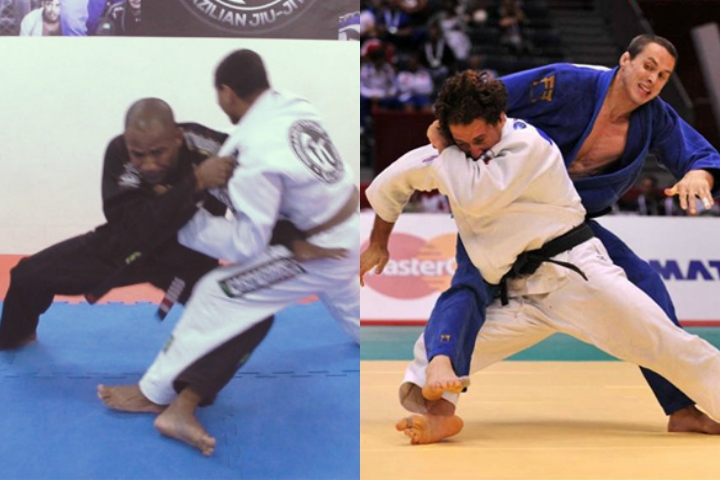 BJJ is a relatively new and constantly evolving martial art. Every week someone “invents” a new move and gives it a signature name: Baratoplata, Vaporizer, Worm Guard etc. A lot of these moves are inspired if not outright sourced from other martial arts.

Is it ok to teach the ‘Ippon Seoi Nage’ and call it a BJJ technique?

When I teach it to my students, should I say “Today we are learning a Judo technique”? Banana split and twister are wrestling moves; shouldn’t we call them by their names in wrestling? Should the same apply to the Reverse Omoplata, also known as Samboplata?

I often teach a move and a student tells me “I didn’t know you have it in BJJ”. And I’m talking about sports BJJ, don’t even get me started on the self-defense/kicks/elbow strikes I teach – people are shocked to discover those are also from BJJ (yes, I’m sure).

I come from a Judo background so I often teach my BJJ students Judo throws that I learned in Judo, and call them BJJ techniques.  Am I wrong? 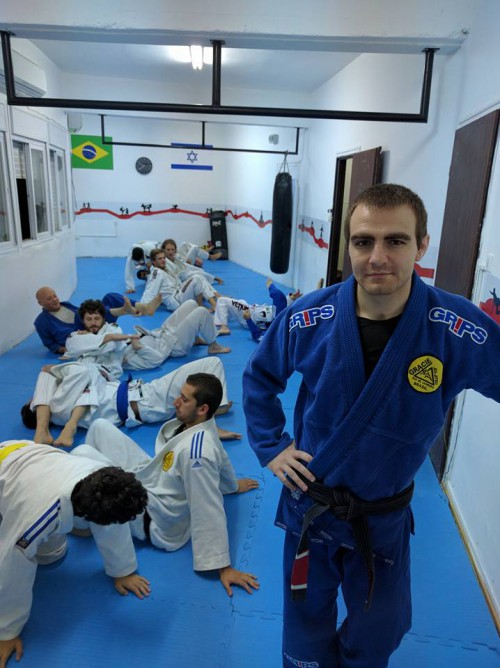 First, we need to understand what BJJ is. BJJ is not a book of techniques. BJJ does not end in “all the techniques that Grand Master Helio Gracie crafted with his brothers in their garage”. BJJ is not a set of techniques, but a system of principles (for example, leverage, momentum, base, torque, posture, etc) and a fighting philosophy. If a technique is following the principals of BJJ, and does not contradict the fighting philosophy of BJJ, it is a BJJ technique. 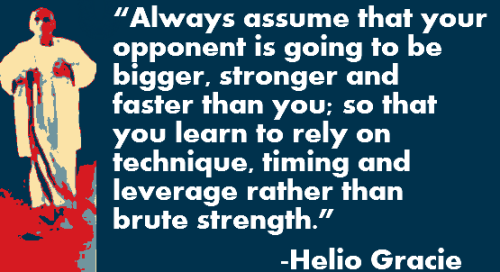 If a technique is following the principals of BJJ, it is a BJJ technique. Even if this technique can be found in other martial arts, or even if it hasn’t been invented yet, it exists in BJJ.

A Judo athlete’s goal is to throw his opponent flat on his back. They often sacrifice their balance, position and control in order to achieve the illusive ‘Ippon’. You can execute the technique and fall with your opponent, maximizing the momentum of the throw. You can get his hand on your shoulder, instead of your elbow, positioning yourself better under his center of gravity. But if you fall with your opponent, even though you’ve thrown him flat on his back, you give him your back. If you get under his arm with your shoulder, you risk the rear naked choke. It is not acceptable in BJJ. Too much sacrifice to successfully achieve the throw. If you secure his hand on your elbow and maintain posture after the throw, you are doing it according to the BJJ principles, and you can land a good BJJ ‘Ippon Seoi Nage’.

That is why, in my humble opinion, techniques ‘borrowed’ from other martial arts, and techniques developed by BJJ practitioners which are not “in the books”, can be called BJJ techniques.

It can be argued that some of the BJJ techniques that exist today should not be called “BJJ technique”. If a technique only works if you are flexible, strong, fast, one can argue it is not a BJJ technique.  But this is a thought for another article.