How Should I Use BJJ In A Self-Defense Situation? 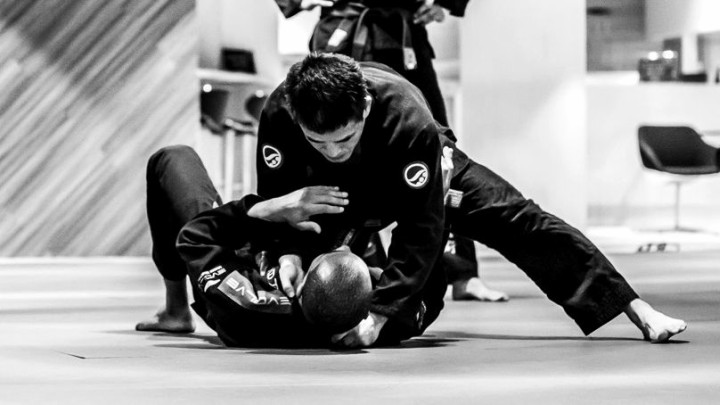 An inescapable fact of day-to-day life is that you might end up in a self-defense situation when you least expect it.

You might believe that you are immune to the threat of a street fight or from being attacked, but that’s not true. In fact, that’s a foolish belief. While you can take measures to limit the possibility of being involved in a physical conflict, you can never eliminate the opportunity.

So you’re telling me there’s a chance?

Rener Gracie best explains the reasons why you might be exposed to conflict in his self-defense mastery video: “Even if you consider yourself the most peaceful person on earth, you don’t pick the fights. The fight picks you.”

And because there’s always a chance, it is best to be prepared. This doesn’t require you to be watching over your shoulder. Instead, with an understanding of how to use your Brazilian Jiu-Jitsu learnings against an attacker, you should be filled with confidence knowing that you can defend yourself in otherwise dangerous situations.

We’ll break down the overarching strategies and objectives while in a self-defense situation, while also reviewing some simple techniques to help keep you safe on the streets.

Today, Evolve Vacation brings you “How Should I Use BJJ In A Self-Defense Situation?”

The differences between ‘sport’ and ‘street’ BJJ

In the self-defense mastery video above, Rener Gracie breaks down the crucial considerations for when you need to engage in a street self-defense scenario.

One of the most striking statements that Gracie makes during this video, however, is his wake-up call to every BJJ practitioner out there.

“It’s an optimistic assumption that your BJJ skills are directly transferable to a self-defense situation, or a real fight,” Gracie explains.

See, many of us are learning the ‘sport’ style of Brazilian Jiu-Jitsu, and completely disregard the self-defense aspects of the martial art. That’s through no fault of our own; it’s just the way that the techniques are demonstrated and how schools operate. Of course, it is more natural to learn techniques such as Spider Guard and De La Riva Sweeps so that you can dominate the competitive tournament scene rather than avoid being punched in the face. It’s the nature of BJJ today.

What we can learn from Rener Gracie’s self-defense mastery video?

In light of this, Rener Gracie details the strategy and techniques that we should be using to defend ourselves in a self-defense situation.

To remain safe in a self-defense situation, you should be looking to either keep the attacker so far away from you that they cannot strike you or so close to you that there is no room for them to attack. Anything in between these two distances is where the damage can occur.

For example, someone on his knees and postured up inside your closed guard isn’t necessarily dangerous in Brazilian Jiu-Jitsu, but this is an incredibly dangerous scenario on the street.

To eliminate the danger, you need to remove the space.

If someone is inside your guard, bring him down toward you so that you can control his posture and disallow him from striking. If he does try and hit you, that’s a perfect opportunity to move your head, catch his arm, secure an overhook (or underhook), and fill the space. Gracie repeatedly details the importance of ‘disrupting the distance.’

If the attacker tries to sit up and create distance, you can push him back so far that they are out of striking range. You can use your knees and shins to intercept his body from advancing. As long as his arms cannot reach your face, you’re going to be relatively safe.

One of the best positions to be in a self-defense scenario is when you have the attacker’s back. From here, you can execute many techniques while remaining safe.

Ideally, you want to take them to the ground. In most cases, you can simply lift and dump a similarly sized attacker to the ground in a self-defense situation by relying on the takedown techniques you have learned in class.

This is a great time to remember John Danaher’s reasoning for taking an opponent to the ground. By taking someone to the ground, you limit the opportunity for explosive movements and essentially remove the most dangerous aspects of fighting.

The objective now is to control your opponent without allowing them to control you. For this reason, usually dominant positions such as side control are not as useful in a self-defense scenario because the attacker can hold you tight even from the bottom position.

An improved position is the knee mount (or knee-on-belly). By placing approximately 90% of your weight through your knee and onto the torso, you can pin the attacker to the ground while maintaining a safe distance. Fortunately, the standard BJJ grip of the lapel and sleeve remains effective in this scenario, too.

To further improve your position, you can transition to a technical mount, which helps to gift wrap one of the attacker’s arms. Alternatively, the omoplata position is highly recommended as well.

While the omoplata is already tricky enough to manage in a Brazilian Jiu-Jitsu environment, it is one of the most effective ways to restrain an attacker on the street. The benefits are that you remain comfortable while avoiding any dangers; the attacker is entirely restricted. The position is also secure to disengage from, and you can apply force when required, as well.

With this knowledge of how to engage safely in a street environment and the techniques that can help you remain safe, you should be comfortable in any self-defense situation.