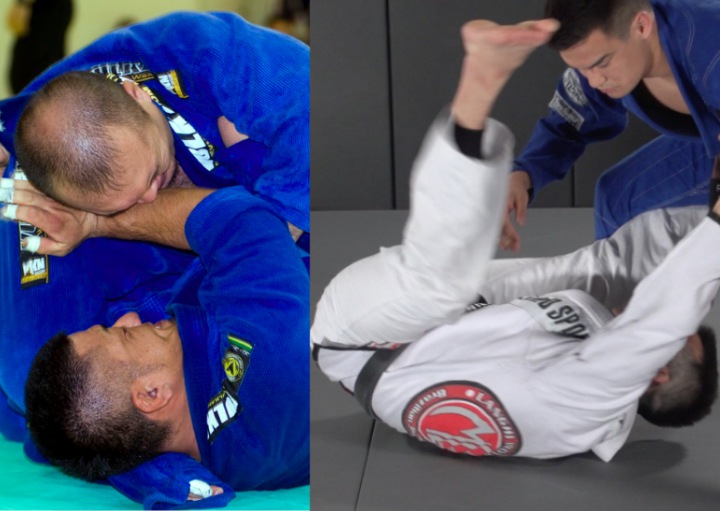 The gentle art of Brazilian Jiu-Jitsu will certainly feel like a misnomer the longer you practice it. A martial art based on grappling and ground fighting, it focuses on the skill of controlling your opponent and applying techniques that force him or her to submit. These techniques are some of the most intricate you’ll ever come across, and they are constantly evolving along with the sport.

Often known as “the game of human chess”, Brazilian Jiu-Jitsu forces its practitioners to stay two to three steps ahead of their opponent at all times. The more advanced you are in your BJJ journey, the further ahead you are of your opponent. By the time you have achieved your black belt, you may feel like a psychic as you predict your opponent’s next three moves (or more, if you can).

The more you practice BJJ, you find yourself gravitating to a certain style. You may find yourself specializing in a certain position and/or set of techniques. This style is often developed after sparring after some time, the styles you are exposed to in the gym, as well as the videos you watch. You also develop your style based on the techniques your instructor teaches you, as well as from watching him roll. Thus, the moves that you successfully pull off could dictate your style. However, your style will most likely change in your BJJ journey. It will also become more refined over time.

Here are some of the distinct styles of Brazilian Jiu-Jitsu you’ll see on the mats:

Every BJJ student knows the importance of using pressure, whether in stabilizing your position or passing the guard. Although many guard passes use pressure to some degree, there are certain passes that require a greater combination of weight distribution, strength and aggressiveness to execute. Some examples of pressure passes are double underhook stack pass and the smash pass. Saulo and Xande Ribeiro, as well as Rafael Lovato Jr. and Rodolfo Vieira are known for their intense, pressure passing style. Certain details such as the cross face for shoulder pressure and iron grips are a must for this style.

The loose passing style is more timing based as compared to pressure passing. It focuses more on using timing and misdirection, as well as anticipation of your opponent’s next move. Loose passes are usually executed standing up and begin at a distance. Some examples of loose passes are the x pass, long step, and torreando. Rafael Mendes, Rodolfo Vieira, and Leandro Lo are all masters of the loose passing style.

There’s no doubt that Wrestling/Judo based BJJ practitioners have an advantage over a student who has purely trained in BJJ. From the discipline they’ve harnessed from training martial arts to the explosive strength they’ve obtained from constant takedowns, they’re also known for their good body weight distribution or pressure, in side-control or top position. While wrestlers are good at winning scrambles, judokans have prior experience with submissions such as the armbar and the keylock. In fact, many of the best BJJ black belts also have black belts in Judo. Notable competitors such as Tim Spriggs, Cyborg Abreu, Marcus “Buchecha” Almeida and AJ Agazarm all train wrestling in addition to BJJ.

Rousimar Palhares with a monster takedown

Paulo Miyao, Rafael Mendes, Leandro Lo, Keenan Cornelius, Cobrinha Charles, Michelle Nicolini – all these BJJ champs have more than medals in common; they all have amazing open guard games. The open guard is the most versatile position. To have a great open guard, your movements need to be quick, seamless and precise. Thus, most open guard players are some of the most technical BJJ athletes. In fact, many of the athletes mentioned above have created their own version of the open guard, adapting it to their body types and favorite BJJ techniques. There are many kinds of open guards and variations of them. The spider guard and dela Riva guard are the most commonly used forms of open guard, while many of the newer guards such as the worm guard and the shin on shin guard are evolved versions of the dela Riva and spider guard respectively.

Keenan Cornelius and his impassable guard:

The Half Guard Player

Lucas Leite and his amazing half guard:

As you progress in your BJJ journey, you’ll realize that your style is subject to change, depending on your opponent and your sparring goal for the day. When you finally reach the pinnacle of BJJ and receive your black belt, you’ll realize that your game must be a combination of all styles, if not capable of nullifying other styles as well. Perhaps you would eventually develop your own style — as you can see above, it is what all the greatest BJJ legends do.