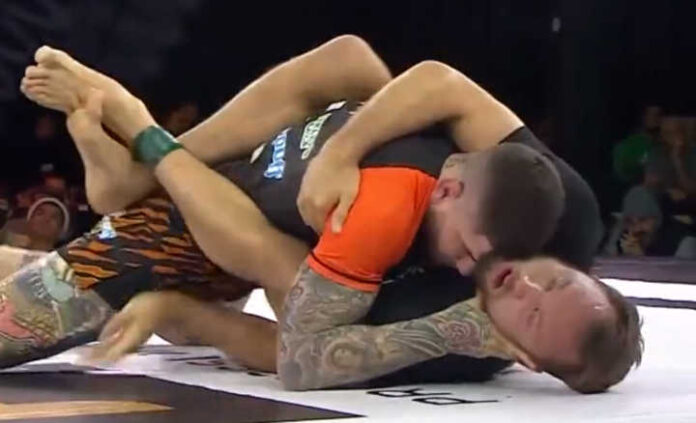 Fury Grappling 3 was one of most spectacular grappling tournaments of 2021! Held on December 30 (what better way to end the year than with a great BJJ event!), it featured a match between Craig Jones and UFC fighter Sean Brady.

Sean Brady has a 15-0 professional mixed martial arts record and is, at the present moment, ranked #9 on the welterweight list in the UFC. He is a Brazilian Jiu-Jitsu black belt under Daniel Gracie and has four submission wins under his belt.
ADCC silver medalist Jones submitted Donald “Cowboy” Cerrone in a Combat Jiu-Jitsu Worlds superfight a couple of days ago.

Jones is one of the world’s very best No Gi grapplers having defeated a who’s who list of elite grapplers in superfight settings. He is known for his world class leg lock, triangle and back taking games.

Despite the heavy task in facing Jones, Sean Brady won by the referee’s decision. Brady used a strategic game, using his superior wrestling, to block all of Jones’ offense and keep him in the guard position… Brady wasn’t able to pass Jones’ guard but maintained top position and that was enough to give him the win in the judge’s eyes.

Brady stated after the match:

” I’m a jiu-jitsu guy, but I’m an MMA guy too. I wanted to use my own pressure and tactics. However, not much happened because I could not pass his guard, ”