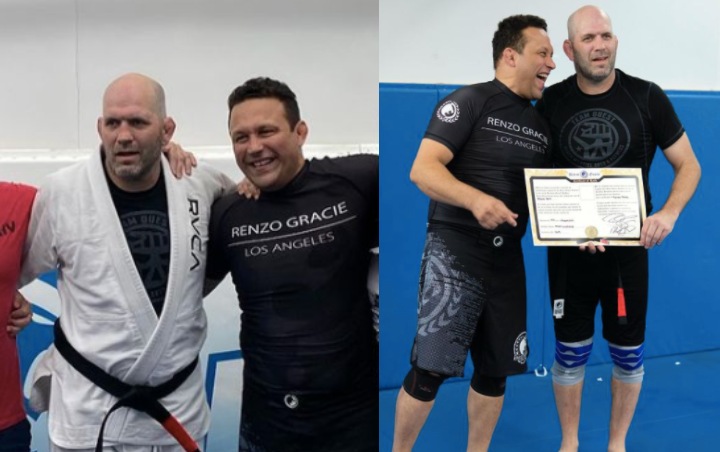 This week Lindland was promoted to the prestigious rank of black belt in Brazilian Jiu-Jitsu by fellow legend Renzo Gracie.

Lindland had already competed in BJJ at the Pan No Gi at purple belt a few years back and was famously disqualified for having used overly aggressive pummeling (slaps). He had received his purple belt 10 years ago from Fabiano Scherner.

Lindland on being promoted:

“Honored to receive my blackbelt from @renzograciebjj !
Always act like a white belt The jujitsu journey goes on.”