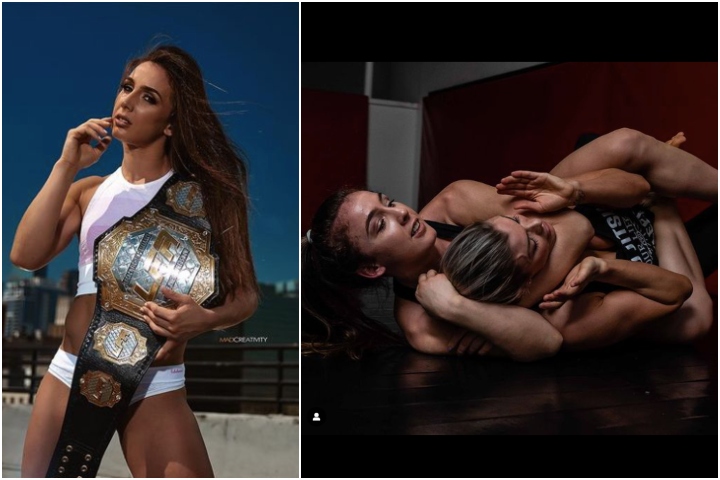 UFC strawweight Vanessa Demopoulos just pulled off an impressive win against Silvana Gómez Juárez via armbar from the back after getting knocked down by a right hand.

She revealed that she left her job as stripper to 100% focus on fighting and Jiu-Jitsu.

“I don’t think it’s a secret, I was an exotic entertainer for 13 years and I didn’t actually say it on the mic, but I’d like to say it right now: I walked away from being a stripper to continue this camp.”

“I quit dancing about six to eight weeks ago just so I could focus full-time on MMA, take this extremely seriously in the gym every single day.”

Demopoulos won 24,000 usd from her fight contract and she credited the win to her many years pole dancing and what she calls the “stripper guard.”

“A lot of my jiu-jitsu actually comes from my expertise as a pole dancer.”

Is this the “Stripper Guard’?