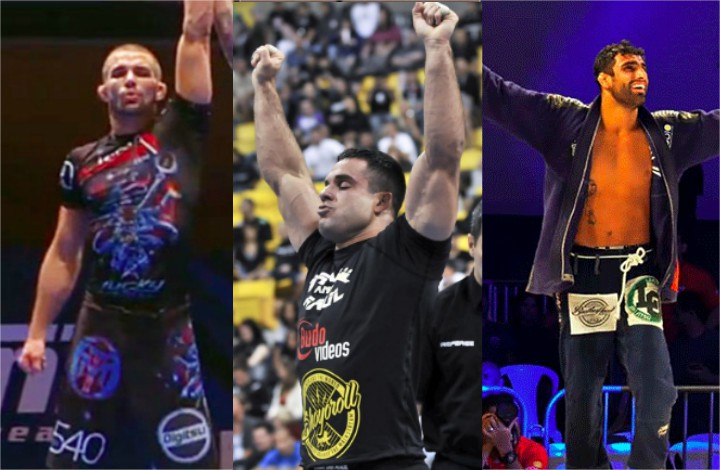 Weight cuts are quite risky torturous methods of gaining advantage in a fight. We’ll list some cliff notes for those unfamiliar with this practice.

Many sports feature weight categories. It’s a normal practice for a fighter to have a “walk around” weight but often they will go compete much below that weight. This is all so the fighter gains an advantage in terms of reach, size and/or strength. Usually massive dehydration is involved in cases where the weigh ins for a tournament are a day before. Then overnight one rehydrates, often via IV fluids. Popularity of this method led the anti-doping governing body – USADA to ban IVs for rehydrating in the UFC.

The rehydration practically means a fighter will come in to fight sometimes 30-40 pounds heavier then what they weighed in. It’s no stretch to see why the USADA is so heavily against it. Regardless of this “advantage”, effects of big weight cuts can include muscle cramps, headaches, organ failure and/or death. Any combination of the above really goes.

Beginning with UFC 200, there’s a new 8% rule. What that effectively means is that fighters must check in within 8% of fight weight a week before. This might be bad news for many but it might end up saving many lives since just last year Yang Jian Bing of ONE Championship died from weight cut complications. Then again many will be tempted to game the system and be dehydrated for a week instead. It remains to be seen.

When we turn our heads to the world of bjj there are plenty of cases where weight cutting made all the difference.

One of the most obvious cases is Leandro Lo. Lo has competed in categories ranging from 76kg (167 lbs) upto 88kg (194 lbs). As science suggests weight cutting is quite hard on the body and much harder as one ages up and as such it’s no surprise Lo enlisted the help of a nutritionist the last time he made the 76kg mark. At one point during the interview package at his nutritionist’s office Lo says “ I don’t want to get there and kill myself in the sauna losing 5 kilograms.”

Recently a number of athletes made great weight cuts for Copa Podio. Cited making the biggest weight cut was Patrick Gaudio who was over 90kgs just two weeks before. Davi Ramos and Dillon Danis also both cut over 10kg to arrive at the Copa Podio scales at exactly 77kg.

Let’s turn back the clock back to 2005 for an admirable weight cut story. Back at ADCC 2005, Rafael Lovato Jr was at Long Beach rooting for his teammates, Saulo and Xande Ribeiro. However since ADCC was a 16 man bracket, there are always last second substitutions. Once a spot opened in the 87.9 kg category it was offered to Lovato. The Problem? Lovato was much closer to 99 kg than to 88. He had only a couple of hours to try and make the weight. So Rafael went and dropped nearly 9 kilograms that same night. Sadly on the next day the promoters announced they filled in the spot.

The practice of weight cutting is exactly what made the ADCC change their weigh in policy back in 2011. Traditionally the weigh ins were the day ahead of competition. Considering that the finals are on the second day of competition some of the competitors made it to the finish line quite above the limit. Shortly after a new rule was introduced: the referees have the authority to request a second weigh in at any time. This time a fighter would be allowed to have within 2 more kilograms. While this was great news for Marcelo Garcia it was downright disappointing for Pablo Popovitch who was finally catching up with Marcelo – he had won in 2009 after coming in 2nd to Marcelo in both 2005 and 2007. Pablo ended up competing in the upto 88kg category in 2011 and he finished 3rd (although he was 2nd in the absolute).

Check out how small Marcelo looks compared to Pablo in the 2007 finals. Remember this is the under 77 category:

Then there’s also the case of Garry Tonon who weighed in naked at the Polaris 2 event. Check out a picture of the fairly dehydrated Tonon standing on a scale while two men shelter his privates from the objectifying gaze.

Garry had to go to 150lb for his fight with Imanari. Tonon was quoted saying it was a difficult cut. He routinely made 155 but reaching 150 was a feat. While Tonon takes most matches at around 170lb he wouldn’t consider it his true weight class. How did that affect him? Well he claimed he was irritable and angry but the score against Imanari was very positive. He submitted Imanari with a heel hook in 3 minutes.