Transform Your Wrestling Game: Use Snapdowns to Set Up Your Shots 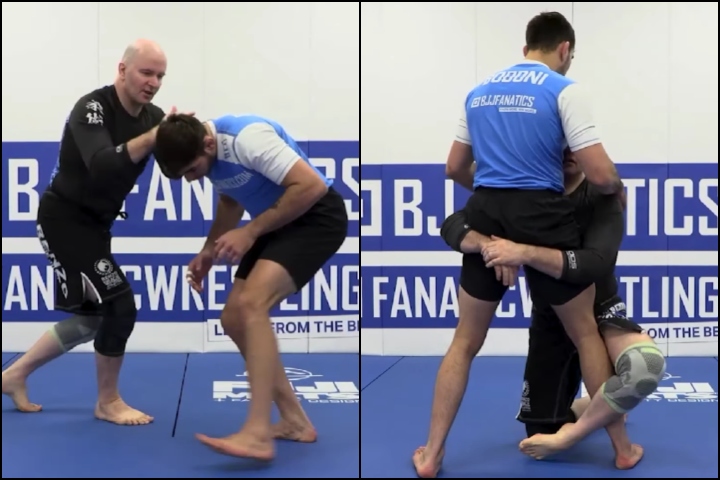 One of the best ways to take down your opponent in grappling and jiu-jitsu is undoubtedly through the use of single and double legs. However, although these takedowns are often regarded as “fundamental,” they can be tough to set up against tougher opponents. This is because a good shot will always include a level change and a penetration step, which can be very hard to get to against athletic opponents in a good stance. Additionally, if your shot fails, you can end up in a bad position or risk getting submitted. One excellent way to set these up is through snap downs. This movement will allow you to distract your opponent and make him easier to attack with a double or single leg.

In wrestling and grappling, snapdowns are used quite often. This movement lowers your opponent’s head level and brings him into a front headlock. Wrestlers can easily put their opponents on the ground from the front headlock position and secure points. Additionally, the front headlock is a great position to attack with various chokes in submission grappling. Because of this, many opponents will try to avoid this scenario, and they will always give a reaction to snapdowns. These reactions can often open them up for different attacks, such as double legs.

How to Set Up Your Shots With Snapdowns?

Once you start playing with various snapdown variations, you will see that your opponents will try and posture up once you bring their heads down. This is a common reaction that you can use to your advantage. When you see an opponent posturing up, you can lower your level and shoot for a double or single leg. Most of the time, the constant pressure created by snapdowns will make them cautious of the potential front headlock danger, and they will instinctively have good posture and expose their legs. Start by learning the basic snapdown mechanics and work from there. Once your snapdowns are solid, you will have a much easier time setting up your shots. Think of a snapdown as a boxer uses a jab. This technique’s main purpose is to get your opponent to react.

My name is Milos; I am a brown belt competitor and head coach at Fort Jiu-Jitsu! Check us out, and have a nice day! Oss!