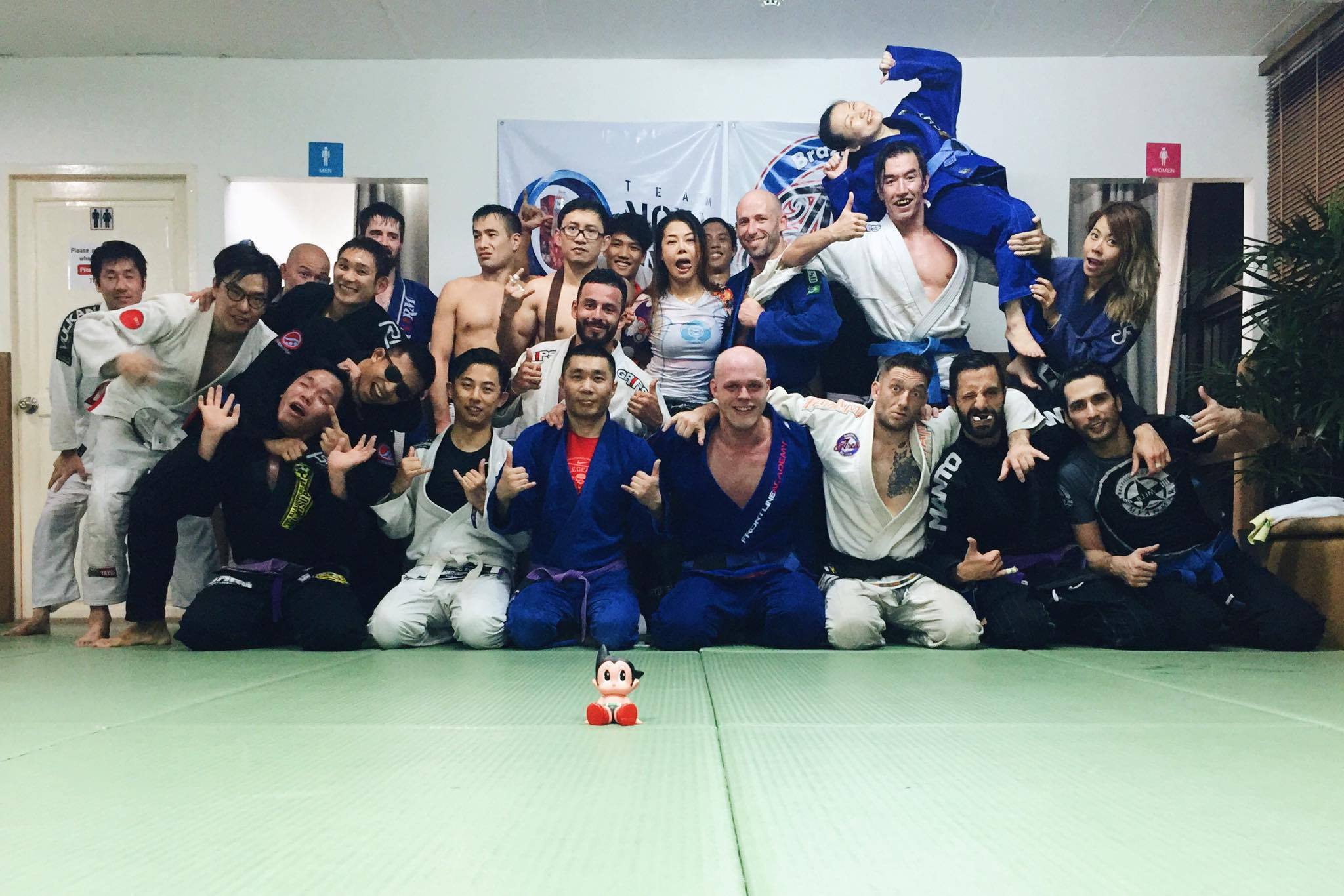 You can read a training report done about Frontline Academy here, and please come check us out if you’re ever in Oslo.

I’m going a little back and forth on the timeline as this training report is actually from before I went to Phuket Top Team. I landed in Bangkok for a few days before flying south. Luckily, a friend of mine, Kjetil, whom I’ve trained with back at Frontline Academy in Oslo is living in Bangkok for the time being. We had set plans to go to Arete Brazilian Jiu-jitsu while I was there.

We got off the incredibly crowded BTS/Metro and jump on some motorbike taxies, which in and of itself is quite the experience. We got to what seemed like an office building. Walk up the stairs and there the gym reveals itself. I immediately notice the chill vibe. Most people are already in their Gis and doing some techniques/light rolling. I introduce myself to Andrew, the head instructor, and ask if it is OK for me to join. I jump into my Gi and tie my belt; Game time!

The class starts off easy with some warm ups. The usual format with running and shrimping. Then we move into some positional drilling to loosen up. I pair up with a white belt and we’re set to practice some spider guard, which is really not my forte at all. I feel out of my comfort zone and a little pressured since I’m a blue belt and should probably know better, but decide to give it a wholehearted try. Atleast I’m used to being on the receiving end of an offensive spider guard as there are some assassins back home that utilizes it quite a lot. The first drill is pretty straight forward as it’s just the switching sides with the spider guard. I get more comfortable and loose after a few tries and the switch becomes pretty easy. The white belt I’m drilling with is quite new and I try to help him out with the positioning and pressure according to what basics I know. We then move to getting the omoplata from spider guard. As we break down the position I realize the immense benefits of helping a lower belt out with the basic movements. I really forced me to open up and try to creatively problem solve, which is the essence of jiu jitsu. Without getting too philosophical here, I do get why instructors usually find teaching bjj so rewarding. 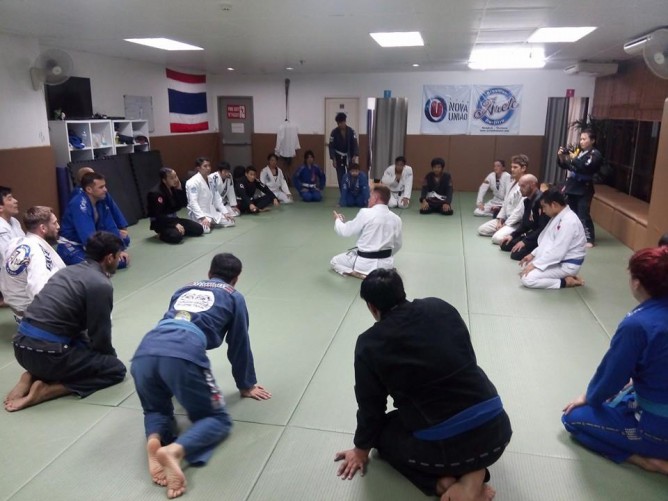 After some experimentation on the omoplata and some adjustments from Andrew we move on to taking the armbar. The transition from omoplata to this particular armbar was pretty damn slick. The way to do it is to butt scoot away from the guy, pull the leg that’s pinning the arm towards you and turn it out towards the floor with your shin resting on the back of the shoulder. The other leg swings over the head and you can pull back for the armbar. The way to prevent your opponent from rolling forward for escaping is to hold on the belt. I practically liked this setup to the armbar as I use some omoplata attacks.

But much to my surprise the chain was not done. We finished up with a back take where you insert the upper leg in between your opponents thigh and stomach. Then you just switch the hips again and use the same grip in the belt to pull the guy back into the back mount. What I really liked about this chain was that it forces you to utilize switching from one side to the other, which was especially good for me as I have a bad habit of laying too flat on my back. 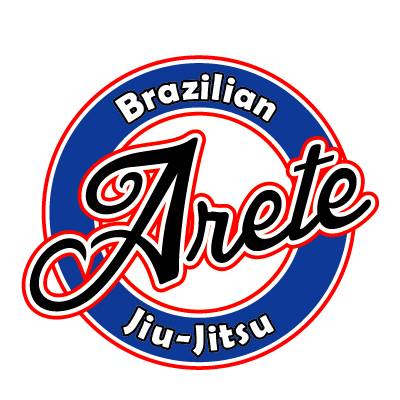 As Andrew got satisfied with the technical drilling we moved into the king of the hill, where a few people start in spider guard. Bottom guy has to sweep and/or submit, top guy has to pass or submit. As I’ve progressed in jiu jitsu I found I quite like these types of drills as they let you focus on one particular area of your game. I start top spider guard against a purple belt. I twist my arms in and down so I get a grip on the pants, taking his feet of my biceps, pull the feet up and pass to side control. He recovers to turtle as I get the one hook in. I try to set up a good control on the collar, but his defense was just better than my grip fighting. As he goes for the escape, I catch him and go for the twister. I suddenly realize my mistake. This isn’t nogi. I get embarrassed and apologize. Luckily, they are cool about it, but not a great start. As for the rest of the sessions I did manage to get some really tough rounds, hit a couple of techniques aswell as get tapped a little bit.

I guess my body was just in shock due to the climate change, since I didn’t notice anything unnatural until the very end of the class. But then the dizziness really got me. I started getting tunnel vision, tickling sensation in my fingers and dry mouth. I sat down and was a little out of it. Luckily Andrew was quickly on the ball and poured me some electrolytes and water, which fixed me up. I guess that’s a good testament of the kind of coach he is, he really does pay attention and care for his students, be it regulars or visitors.

After a much-needed shower, we headed down to the restaurant him and his wife is running, which is pretty close to the academy. After a good meal, bunch of laughs and good stories I finally retired for the evening.