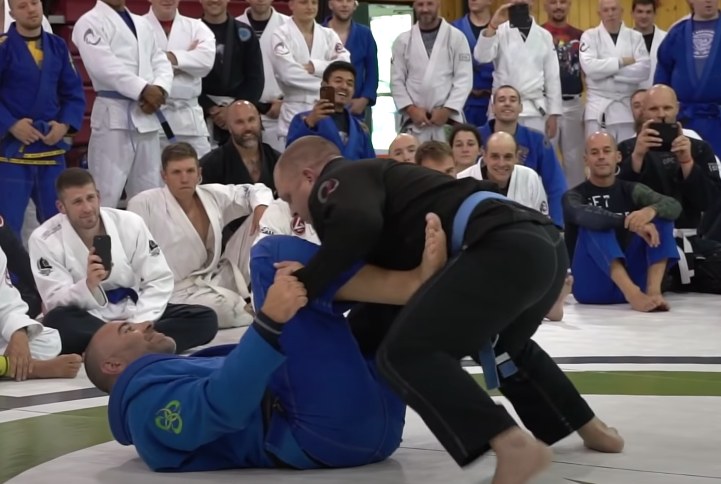 In BJJ, there is a huge skill level between a black belt and a blue belt. It usually takes 10 years on average to get a black belt whereas a blue belt can be achieved anywhere from 6 months to 2-3 years.

This interesting challenge happened at the last Origin BJJ immersion camp where a tough who happens to be a Navy Seal made a $2,500 bet with Pete Roberts (Bjj black belt and Origin BJJ founder). The challenge rules were simple, if Pete could a. sweep the Nay Seal over his head (like a Tomoe Nage) or b. Sweep him 7 times within 10 minutes, he would win.

They did the challenge in front of all camp members. This happened in the presence of former Navy SEAL commander and bjj black belt and podcaster Jocko Willink.