Three Rules for Rolling in BJJ From SBG’s Matt Thornton 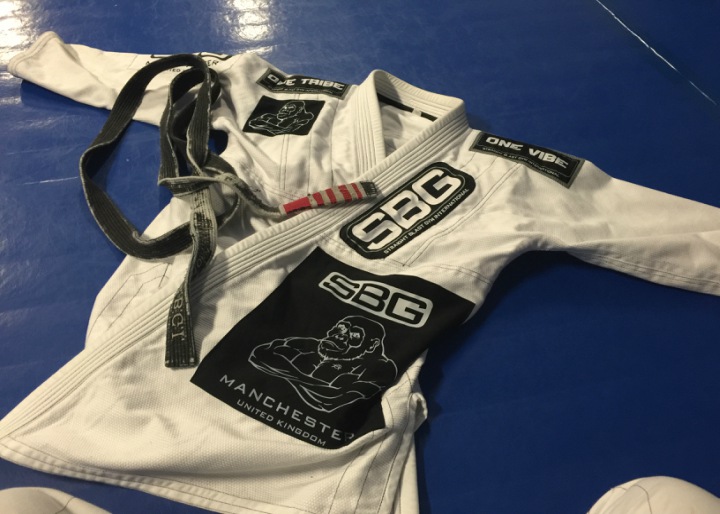 Guest post by Matt Thornton, founder of Straight Blast Gym International, an association of over 35 gyms worldwide engaged in training athletes in Brazilian jiu-jitsu, boxing and mixed martial arts. He was among the first American-born practitioners to receive a black belt in Brazilian Jiu Jitsu.

The etiquette that’s used in a good Jiu-Jitsu school isn’t something that comes automatically to most new students. It has to be taught. And like many lessons, it’s best learned by example. It needs to be modeled by the head coach, the teaching staff, and the culture itself.

Common questions students new to Jiu-Jitsu might have, include:

How do you know when you should be rolling hard?

How do you know if you’re going too hard?

What should you never do when rolling?

All of this can vary, gym to gym. And this can be confusing, especially when you first start; so here are three simple rules that answer most all of these questions.

If you have to be told what that means, and you’ve done BJJ for more than a few months, you’re probably the problem. Grabbing hair, grabbing individual fingers, doing moves not because they help you control, but simply because they cause pain or annoyance, like grinding your elbow into someone, all qualify as stupid; just don’t be that human. These things won’t help your Jiu-Jitsu grow, and they won’t encourage people to train with you. Stop now.

What does that mean? It means many things, because, just as in life, there are many ways to be dishonest with yourself and with others, when you roll. Asking people if they want to roll light, and then attacking them like it’s the world championships, will cause people to dislike you. Rolling really hard, and then rolling like you’ve given up the moment your opponent gains an advantage, will cause people to lose respect for you. And if you’re a coach, and a student actually manages to pass your guard or put you in a vulnerable position, and you all of the sudden switch from being competitive, to coaching them verbally, smarter people will begin questioning you. All of these are ways your ego lies to you. Don’t let your ego get away with that. Instead roll honest.

It’s okay if you always like to roll hard and competitive (not rough), as long as everyone knows it. Understand some people may avoid you, especially when they are nursing an injury, or just looking for a more intelligent training partner. But at least you’re not lying to them. They know what they’re getting when they touch hands with you. That’s honest.

It’s okay to roll light, as long as you don’t all of the sudden switchgears on your partner the moment you find yourself at a disadvantage. You can’t roll like a madman one moment, and completely give up the next. Be stronger than that. Play out your hand, win, lose, or draw.

And yes, it’s okay to coach students while rolling. Just don’t do it the moment you’ve lost the advantage. That creates a place for your own ego to hide. And that’s not healthy.

Rule Three: Never just give up.

What do I mean by never just give up? I mean don’t tap out because someone past your guard. If you roll like a lunatic for three minutes, and then you’re so gassed you can’t breath, don’t just tell your partner your stopping – tap out. You didn’t just tire. You lost. Don’t pretend otherwise.

When do you stop? When someone taps. When you both look at each other and mutually decide it’s time to quit (three hours have past and you’re both late for dinner). Or when there is a risk of real injury, or a medical reason that requires you to now stop. All those are valid and intelligent reasons to quit. Just giving up because you’re being bested, is not. Never deny your opponent their tap. They earned it. And tapping out is good for your soul.

There are so many reasons I fell in love with Jiu-Jitsu. There is so much it has given me. The core mission of SBG has always been about truth in fighting. And the truth in fighting is you need stand up, clinch, and ground. Anyone would be forgiven for spending an entire lifetime on any one of those delivery systems. But the ground, for many reasons, is the great equalizer. No other range allows you to nullify the advantages of size, strength, and youth, in quite the same way. As a grappler I am never alone. My friend, my partner, my advantage, the earth, is always with me, wherever I go. And between earth and I, my opponent will be controlled. No other skill-set allows you to dominate, and in the process teach a lesson to a fully resisting opponent, without hurting them. You don’t have to slam them into the concrete, or punch them in the face, or kick them in the leg, to prove the power of Jiu-Jitsu. You can calmly, gently, fold them up like a towel, and make it known you’re in control. There is great beauty in that. Respect it by being honest.