The Ultimate Guide To Surviving & Succeeding As A BJJ Blue Belt 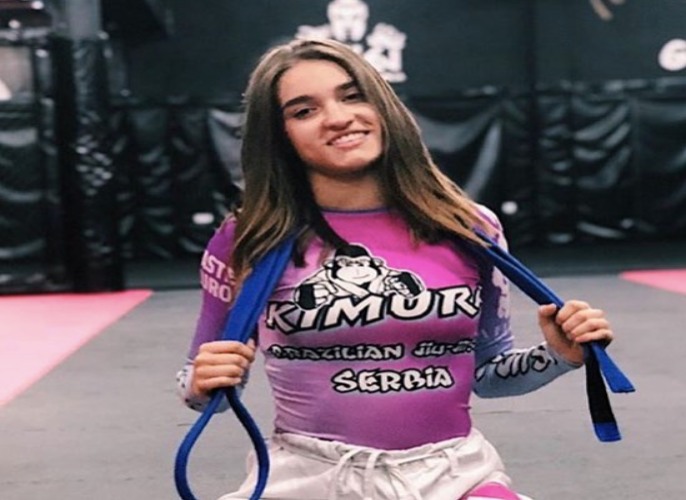 So your professor has presented you with a new belt, signifying that you have fulfilled the expectations laid out for you, and you’ve received all needed endorsements.
Often, many schools will have a varying array of objectives for the white belt to complete prior to the student being promoted. These may include memorization, demonstration or rationalization of fundamental techniques, advancing physical abilities, or even competitive record. At some level, you have shown your professor that you have ticked the boxes.
The hours of effort, getting smashed and smeared, all in the name of progressing within your Jiu-Jitsu education has finally taken you to an important milestone.

Too often we’ve seen a student reach this point in the journey, confused and aimless, as if the map they were navigating with was cut off at this point. This is often what leads to a horrible affliction known as the ‘blue belt blues’. This is often where we lose people. Some, we won’t see for months, years …and some never again.
I will say that sometimes, a fresh blue belt will find their promotion somewhat bitter sweet, feeling that they earned or deserved a blue earlier. I would argue that this feeling is likely due to lack of adequate communication between the teacher and student. Hopefully the teacher provides some form of ongoing feedback that allows the student to know where they are, and where they need to go.
This is not meant to be the destination, but simply a continuation. Where do we go from here?

One analogy that I gravitate towards, which helped me throughout my Jiu-Jitsu education and which I use with my students is the idea of navigating a map.
Suppose you are arriving to New York City. As a white belt, you will have a basic sense of direction, with several key landmarks that you know of. You’ll know which way to the Statue of Liberty, Central Park, the Empire State Building, the Mount, Arm bars, Shrimping, etc. By no means will you be the guy to give detailed directions, but you can at least point the way to some of the basics. Your understanding of how to get around from place to place will be the usual tourist routes. You won’t deviate much from them, nor should you at this time.
At the point where you have a pretty good handle on where things are and can move around the town confidently, where you feel comfortable enough to venture outside of the norm and see what’s down this street and around the corner, you’ll be a blue belt.
Now it’s time to see what the city has to offer. You’ll make it a point to see every corner. You’ll see what lies one stop further on the subway. You’ll play a bit with Lasso Guard. You’ll pop into that noodle place you’ve been curious about. You’ll dedicate a couple months to learning De La Riva Guard. You’ll try some new variation to a choke so you are very familiar with it. You’ll try a few different shortcuts to work. You’ll check out a few of the Original Ray’s Pizza locations (hint: the real Ray’s Pizza is on Prince Street).
At the same time, you learn what areas to avoid. You figure areas you don’t much care for.
Eventually, you’ll take on a set of habits, as your preferred paths are mapped out. You’ll have your spot for coffee. You’ll know the faster route to get to the other side of the city and avoid bad traffic. You’ll figure out how to make the city, yours. You’ll express yourself through your Jiu-Jitsu.

Step up to the buffet

If Maps aren’t your thing, one other analogy that I use when explaining my philosophy of the blue belt to my students is the concept of a restaurant buffet.
For the past few years, your focus should have been on a limited set of techniques, often found in your school’s curriculum (assuming you have one). These curriculums will often cover fundamental techniques. The tried and true. The basics. The meat and potatoes.
One way I explain ‘blue’ to my students is that (unlike white belt) now they are free to try new possibilities on their own direction. Like being introduced to a new buffet. You walk in, and see a wide array of options before you. You are encouraged to sample and try as little, or as much as you like. Each time you go back, the more you can try. Consider that each item at the buffet represents an element of Jiu-Jitsu. That sweet chicken dish over there represents Half-Guard. The spicy rice represents De La Riva Guard. That sushi station represents Rubber Guard. The prime rib represents triangle chokes. You are encouraged to give it all a try.
After a while, you’ll recognize the items that you enjoy, as well as items you could do without. And the items you cannot stand. Maybe the next time you go to the buffet, you’ll go straight for that wonderful kung-pow chicken dish, and you’ll steer clear of the egg rolls that upset your stomach last time. In the same way, maybe you focussed a couple months on Spider guard and a couple months on X-Guard. Maybe after learning about each one, you find yourself gravitating toward Spider, and less towards X-Guard.
Now you are beginning to form your own technical focus. You’ve been to this buffet so many times and you know exactly how to lay out your plate. You know what you like. You find yourself spending more time in certain areas, refining your techniques in a direction, unique to you.

Putting it all together

So at this point, the focus behind each of the analogies given, has been familiarization and personal selection. To me, that is the essence of the Blue belt phase. This is also one reason why the Blue belt phase can take as long as it does. It is a period of time where the martial artist is learning about what sort of Jiu-Jitsu player/fighter they are. On the exterior, it is also noticeable from others watching. Your teachers and partners will begin to view you through a Jiu-Jitsu lens. Your style will become apparent, and it will be recognizable in comparison to other people. People will see you as overly proficient in certain areas (ex. “Roger’s Spider guard is really dangerous” and “watch out for Roger’s Ezekiel choke, he gets everybody with it”). After some time, you’ll build a complete (not perfect) game that compliments you.
When you have reached this point (from a technical and philosophical perspective), you are done with your Blue belt and it is time to move onto the next promotion.
Congratulations! This is a very important step in your Jiu-Jitsu education.