The Top 6 Most Prestigious Tournaments in BJJ 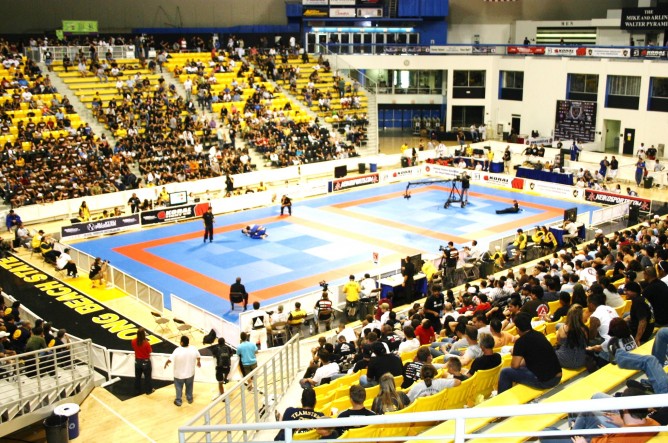 After the great success that the classic no-gi Abu Dhabi had, it only made sense for the organization to create a yearly professional tournament for gi jiu-jitsu. There are trials held for the tournament all over the world and the finalists compete in Abu Dhabi for heavy cash. This is another great step by the Sheik in Abu Dhabi to help further professionalize the sport and provide for the full-time BJJ athletes out there. The current absolute champion, holding the title two years in a row, is Rodolfo Vieira from GF Team.

Considering that jiu-jitsu is most popular in Brazil, to be the Brazilian national champion easily proves that you are one of the best in the world. Brazil is full of so many talented top athletes, that sometimes we never really get a chance to see them in full action at the bigger tournaments because not all of them have the funds to compete at the larger American tournaments – a major loss for the sport. Fighters from all over Brazil, including BJJ capitals like Manaus and Sao Paulo, head to Rio de Janeiro to dispute the best in the country. The current absolute champ is Nivaldo Lima from Checkmat.

Copa Podio is still a relatively new event but has created waves in the sport recently, and for good reason; they clash together the best of the best against each other in a round-robin style tournament. The event also includes high level super-fights. This has become Brazil’s best professional level event. It has been televised on SportTV and now events are streamed via their website. The folks at Copa Podio manage to gather the top guys from all the major tournaments and put them in a very intense competition to see who is the best. They also manage to get the event an ample amount of publicity. As a result, the event is becoming more and more popular. Its current lighter weight champion is Leandro Lo and its heavyweight champion is Rodolfo Vieira.

Along with the Brazilian nationals (The Brasileiro) and the world championship, the Pan Americans is considered to be one of the IBJJF ‘grand slams’. It is a great way to tell who will shine at the Mundial that takes place a few months later. The first Pan Am tournament was held in 1996 and its first absolute champion was Regan Machado. Other big names in 1996 included Marcio Feitosa, Robson Moura, Vitor Shaolin and Leo Santos. The current Pan Am absolute champion is Antonio Carlos Junior, aka “Cara de Sapato” from Checkmat.

This is the first successful attempt at professionalizing BJJ by Sheik Tahnoon Bin Zayed Al Nahyan and his instructor, Nelson Monteiro, and spreading the sport in the UAE in 1998. The Sheik invited grapplers from all over the world to compete in this submission wrestling tournament for cash prizes. The tournament has hosted many UFC stars in the process including Vitor Belfort, George St. Pierre and Tito Ortiz…and that’s just the tip of the iceberg. If you want to make a name for yourself in no-gi grappling (or BJJ in general), you do it there. This is where Marcelo Garcia started his legacy in 2003 and today he holds the record as 4-time champion in his weight division. This event also takes place every two years, making it more of a spectacle for fans. The current absolute champion is Andre Galvao of Atos.