The Road To The BJJ Black Belt 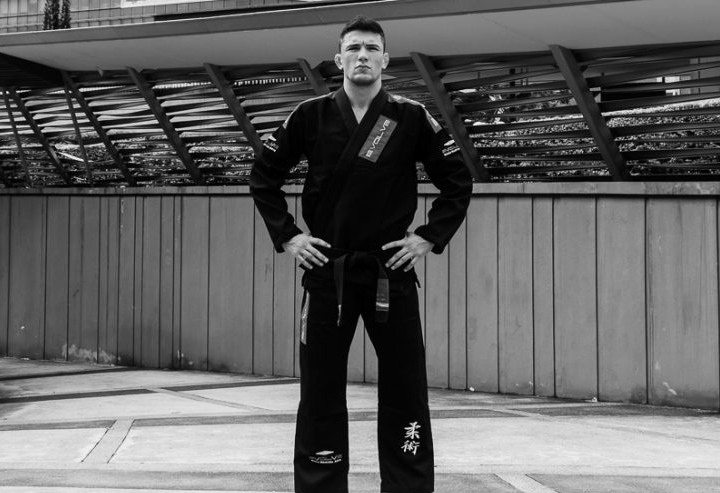 All martial artists dream of reaching the pinnacle of their sport someday. Whether it’s receiving the title of World Champion or achieving the highest rank in their art, these are goals that are achieved by only a few individuals. This is why World Champions and BJJ Black Belts are held in such high regard. The amount of effort, time, and perseverance they have put into achieving their goals is undoubtedly awe-inspiring.

If you’ve been practicing BJJ for awhile and wondering how to achieve this level, read on to discover the road to the black belt:

Not everyone receives their black belt in BJJ

To become a black belt in BJJ, you will need years of extensive training. On an average, it takes almost 10 years for a BJJ student to receive his/her black belt. Although there are some BJJ prodigies that have received their black belts in a shorter period of time, this is quite rare. Often times, these prodigies compete and win at the highest levels of competitions, besting the toughest competitors in the sport.

Unfortunately, a large percentage of BJJ students do not end up receiving their black belts. They do not foresee the immense dedication needed to achieve this level and often end up quitting at the blue belt level.

Progress is not linear

Progressing to the next rank is not as straightforward as it seems. Some students are promoted based on technical knowledge, and some are promoted because of their consistency in training. Students who are more consistent will often get promoted faster.

Also, because of the belt system, some students may spend one year at one belt and several years at another. Whether it’s because they’ve fallen into a plateau or because they’ve been given more responsibilities at work, there’s no doubt that it’s different for everyone.

Unlike other martial arts, white, blue, purple, brown, black, and red are the only belt ranks in BJJ. In between belt promotions, students receive a maximum of 4 stripes according to their progress in class. As we mentioned above, belt promotions aren’t solely based on skill. They could be based on tenure, character, mental toughness, and depth of knowledge. Some professors take competitive performance into consideration as well. If you are training at an academy with many professors, they will confer before promoting a student to the next belt.

With these in mind, if your aim is to someday receive your black belt in Brazilian Jiu-Jitsu, you must be ready to be fully committed and willing to spend many years training and competing. Here are some tips to help you set the foundation for a fruitful BJJ journey:

1) You must be consistent The double leg takedown is one of the most effective ways to get your opponent on the ground.

It’s as simple as this: You cannot expect to receive your black belt if you don’t train. Being consistent is an important tenet of Brazilian Jiu-Jitsu. The more consistent you are, the easier it will be for you to master the thousands of techniques you’ll come across in your journey.

2) Leave your ego at the door

In your BJJ journey, your ego will be tested many times. No matter how good your technique is, how highly ranked you are, there is always a chance that someone smaller, weaker, or even lower ranked than you could tap you out. Not everyone can handle this, and those who can’t end up quitting BJJ altogether. By choosing to move on and learn from your mistakes, you become a better BJJ student. Being better would undoubtedly bring you closer to achieving your goal, which is receiving your black belt.

3) Get your basics right

As we mentioned, there are thousands of variations of techniques in BJJ that you’ll need to learn and attempt to master in order to receive your black belt. As impossible as it may sound, having a solid knowledge of fundamentals would certainly help you in this aspect. When you have your basics down pat, it will be easier to move on to the fancier stuff. After all, all techniques are based on basics.

Although 10 years may seem like a lifetime, the more dedicated you become to BJJ, the faster time will fly. In fact, you may find yourself refusing to be promoted because you’ve realized that there’s still so much to learn. Don’t rush your journey and stop thinking about your black belt. Why not savor each training day and take it one step at a time?