The Right & Wrong Way To Corner Someone in a BJJ Competition 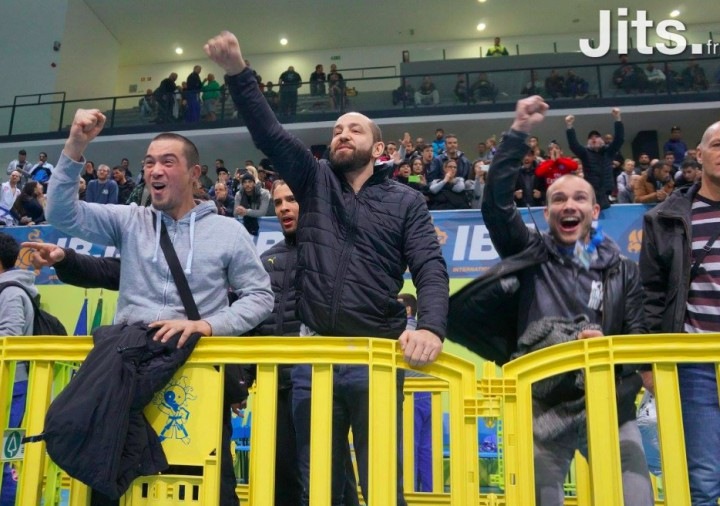 Eliot Kelly is one of the top super-heavyweight competitors in the black belt masters division, he has won three World medals and beaten Xande Ribeiro. Dan Lukehart corner him against Xande. This was his prematch advice: “He [Xande Ribeiro] does have good takedowns, but they are grip based. He uses an upright posture, which you can somewhat get away with with grips with stiff arming various leg based takedowns. The key to this match is to never make any grips with him during stand up. Additionally, you need to make him chase you. He will do so with a fully upright posture, being very uncomfortable until he has grips to work his primary takedowns…fireman’s carry and so forth. As soon as he comes toward you he will run into your snatch single leg that you do. BUT NEVER MAKE GRIPS”.

Keenan Cornelius in his podcast said that Dan Lukehart has good strategy advices during his match against Meregali and said also that Lukehart is a master tactician and helped him a lot in this fight. Dan Lukehart wrote on Facebook a very interesting post about Cornering:

“[…] When the student is at a lower level you see a lot of coaching during the match. “Make the collar and sleeve! Good! Now do the triangle! Watch out for the leg drag!” At the high level, this is all garbage. For example, can you imagine if I were to corner Keenan and be like “Gooood keenan. Now take out the lapel…Goood! Now get the reverse worm! SWEEP….NOW HEAAAVYYY!” Doing that

would be absurd. Elite athletes already know the techniques they are going to do. They need no help with that. They also have a good idea of how they generally want to approach the match as far as a prematch strategy – though not always. Sometimes a corner can be of assistance there but usually not. He pulled guard before you could. Do you still do it? How does that impact the plan you had in your mind? What if when you fall for the toe hold, yours is lose and his is tight and he earns an advantage. Should you come up again or just give up the sweep anyway? This is where elite guys need help imo. Higher order thinking is HARD mid match. Sometimes its very difficult to see your easiest path…at what time to turn on the juice and go for that sweep relative to the time and score…or….when to just relax a bit. ”

In a recent video Interview by Bjjbrick John Danaher spoke about the art of coaching and cornering:

“My job as a coach and cornerman, once the match start, is always technical and tactical. Always understand that a coach should never give orders to an athlete because only the athlete on the stage knows what the situation is. For example in one recent match Gordon Ryan had a terrible knee injury in the middle of the match. I knew something had happened but I didn’t know the extent of the injury. So, given my ignorance I can’t call for moves and demand moves because I am not inside the athlete’s body. Only the athlete knows what is truly going on. I give ideas, sometimes the athlete will react to the ideas and sometimes the athlete will reject the ideas. The idea is not for me to give orders, rather to make suggestions. Usually what I am trying to get my athlete around is tunnel vision. Sometimes when you focus on one thing you just see what you want and sometimes you need someone to make you see outside

of that box. That’s my primary role. I’m not there to be a cheerleader, I’m not there to bring up someone’s spirits. I expect my athletes to go out with good confidence and good spirits. That should be taken care already. So most of the advice I give is technical and tactical rather than psychological […] Screaming to someone: “pass the guard” doesn’t help them. If the coach isn’t helping performance, they’re not doing their job and screaming out generic advice to “try harder” or “go go go” these things don’t help performance, you need to be giving information statements with information content.