The Birth of a Legend: Lucio Lagarto’s Tough Beginnings in The UK 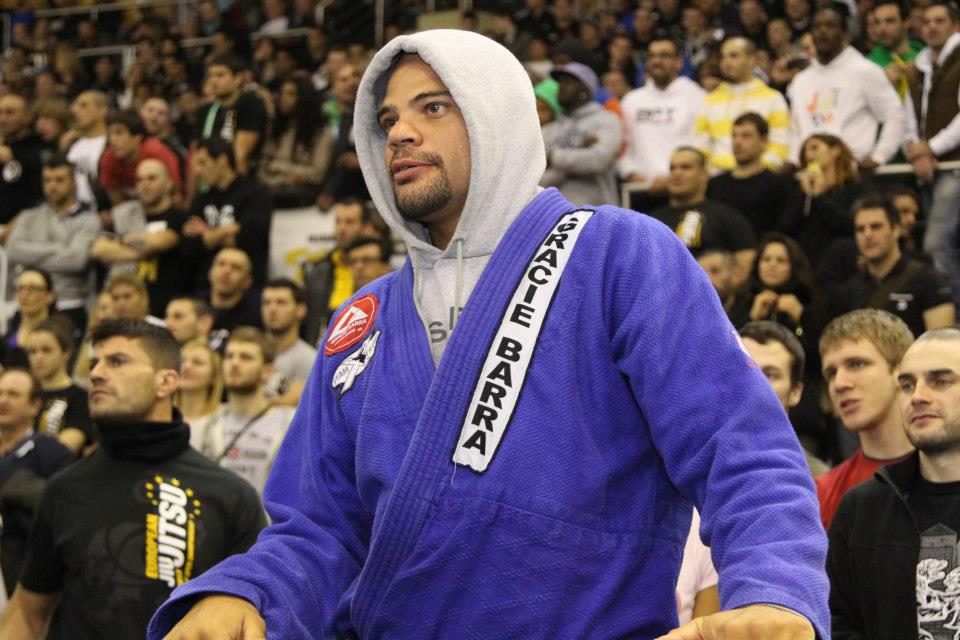 Lucio ‘Lagarto’ Rodrigues is often regarded as the Lance Armstrong of Brazilian Jiu Jitsu, Lucio Rodrigues also known as “Lagarto”, is a decorated Brazilian Jiu Jitsu black belt under Carlos Gracie Junior from Gracie Barra who has victoriously battled with cancer, returning to BJJ after his recovery to conquer some of the most important titles in his career, such as the European Open and the World Pro Cup finals in Abu Dhabi. For a full Biography visit his BJJ Heroes Profile HERE.

His student Leão Marinho wrote an essay about Lagarto’s difficult beginings teaching BJJ in the UK. Marinho ended up getting promoted to black belt from Lagarto, many years after.

I had regularly been travelling to Bolton, about twenty five or thirty miles from my gym where I had had my first exposure to high level Jiu-Jitsu. At that time the likes of Joao ‘Sal’ Rangel, Joao ‘Jerry’ Felipe, Braulio Estima and Roger Gracie would train together, I mean, Brazilian Jiu-Jitsu really was young back then. Roger’s father, Mauricio Gomes, did me the honour of tying a blue belt around my waist after training for some time, I had been set on my way.

From time-to-time, Ben Poppleton, now the first British Gracie black belt and then a purple belt would organise and teach training sessions. He had organised a seminar with a young guy, Lucio ‘Lagarto’ Rodrigues, a champion from Rio de Janeiro. To be honest, we didn’t know too much about him but his reputation had us excited, a champion, coming to train with us.
I had organised to meet Ben, I remember walking over to his car, peering into the back and seeing this guy slouched, fast asleep, hood pulled over his face. All I knew about him was he was a champion and he was huge, even hunched asleep the back seat of a car. His skill, approach and size took us all by surprise.
As I warmed up on the mats I had no idea what was about to happen to me, my Jiu-Jitsu and my mentality towards this art. The way he took a genuine interest in each and every position I found myself in, it really changed everything. I had never been with an instructor who gave me the vibe that he had an invested interest in making me understand, making me grasp the importance of position. He wouldn’t pass on me as a student, he wouldn’t rush through the position, he would sit and he would help you understand. It was a seminar that took me back – he changed everything.
The effect he had on me from just one seminar, I just had to learn more from this guy. I started to follow him, I used to drive to wherever he taught, even the home of Ben Poppleton in Doncaster, a nearly two hundred mile round trip, just to throw some mats on the floor and train.
Where he taught, I would follow and learn. It was as simple as that.

I had arranged with Ben to have some private tuition with him. He was a good teacher, he spoke little-to-no English, I spoke no Portuguese. We communicated through a shared will to understand this art and train hard in order to do so, if there were any difficulties, I would have to think and ask tactile questions, drilling and repeating until what he taught made sense – it always did in the end. 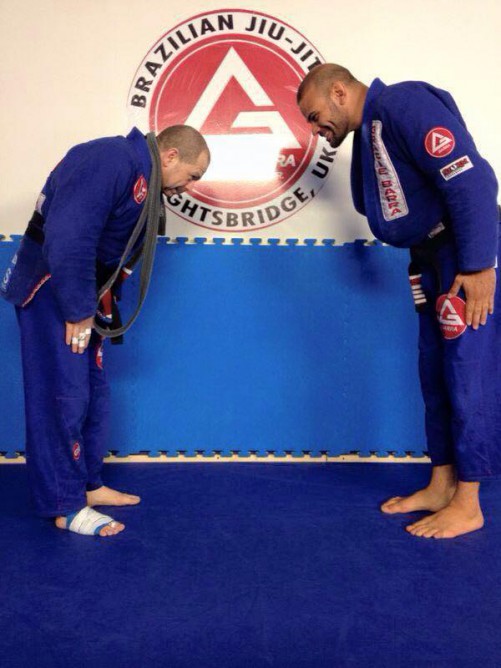 Time passed and I learned that the guys that ran the gym in Bolton had planned on offering Lagarto a permanent position as an instructor in the gym. Man, I have to tell the truth, it was an exciting thought. No longer would I have to travel cross-country, I could continue to run my own academy and still train with this guy two, three times a week and he was less than half an hour away. It was all coming together.
Things looked good, until Lagarto broke the news to me that his place at the school had fallen through. He would be returning to Brazil and I would be returning to training sporadically, watching videos, trying to figure things out with nobody to answer my questions but ourselves. It wasn’t until this young man was leaving that I realised what I had to do.
I remember, all I knew was I had to get to the airport and I had to speak to him. We met, I told him he could stay and I had a home for him, there was no way I could let this guy leave. He wouldn’t be teaching in Bolton but he would train and teach in Longridge, he didn’t have to leave anymore. There was a life for him here, all he had to do was stay.
We started small, this was a martial art that was little known. Twice a week, six dedicated guys would come and train. We continued to travel across the country when we could, it wasn’t uncommon for us to journey long distances for a small amount of training time, but it didn’t matter. We just wanted to learn.
Ever present were two of my now-black belts, Matthew ‘Stalone’ Callaghan and Ian ‘Peter Pan’ Fell, two of my most consistent guys, they would turn up and train without question, Peter Pan even offered up his home to Lagarto where he stayed before getting his own place. Although we were all different ages and had different upbringings, on the mat we were all the same. We had a hunger that continues to rumble in our bellies to this very day, all of us.
All it took was one seminar, and the rest, they say, is history.