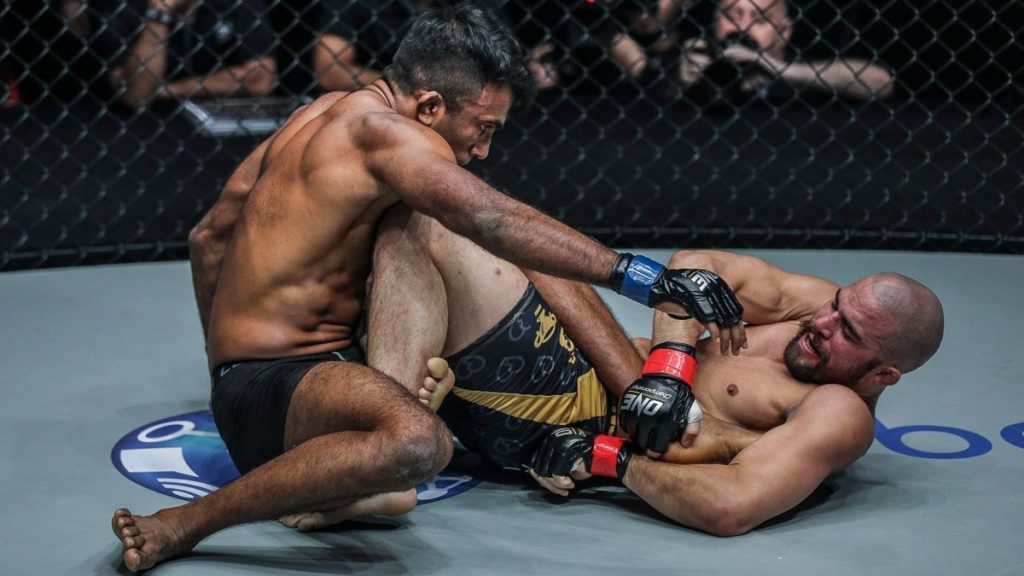 The gentle art of Brazilian Jiu-Jitsu (BJJ) plays a major role in the sport of mixed martial arts. Various fighters who come from a predominantly BJJ background have found immense success in the cage. It’s not surprising to see some high-level exchanges on the mat transpire in MMA.

Many people join BJJ class to develop their grappling skills, especially in Singapore, where the BJJ gym is extremely popular. It’s a martial art that has steadily gained steam over the last decade, not just as a means of self-defense, but also as a competitive sport.

The way BJJ fighters glide fluidly across the mats is a thing of beauty. Every movement is deliberate, with an intended purpose. Every motion is either to attack or to defend. In BJJ, every inch matters. Nothing is wasted.

A lot of BJJ stars have transitioned to MMA and have even become champions.

It all started when the legendary Royce Gracie surprised audiences by not only defeating men much bigger than he was, but doing so in a manner that was perplexing to many, featuring a highly-technical style of fighting. Let’s take a look at those who have come after.

He’s no doubt one of the most grizzled veterans on the UFC roster, but 42-year-old Brazilian middleweight Demian Maia has shown no signs of slowing down even after a two-decades-long career. The former two-time UFC title challenger has had a lengthy run among the top fighters in the sport, with 28 victories overall, including 14 by submission.

Maia is a leader in adapting BJJ for use in modern-day MMA, showing fans and observers how effective ‘the gentle art’ can be if paired correctly with enough striking prowess and some gritty wrestling.

A veteran of nearly 40 professional fights, Maia is as experienced as they come. He’s spent some time at welterweight too, with big wins over Jorge Masvidal, Carlos Condit, and Ben Askren. Despite losing in two bids for the middleweight title previously, Maia is considered one of the greatest grapplers in MMA history.

Japanese legend Shinya “Tobikan Judan” Aoki from the Evolve Fight Team is no doubt the most accomplished fighter on this list. There is no questioning his incredible career, which spans more than 50 fights. He is the former DREAM Lightweight Champion, and a two-time former ONE Lightweight World Champion.

Aoki’s striking style makes no secret his intent to bring matters to the ground, as he has just enough combinations in his arsenal to be able to transition into his takedowns. Once Aoki grabs ahold of any of an opponent’s limbs, the show’s pretty much over. “Tobikan Judan” will snake his way into a flashy submission that usually leaves his foes tapping or napping.

Out of a whopping 44 career victories, Aoki has 28 total submissions, which is incredible by any means. At 37 years old, he’s also still very strong and dangerous.

American BJJ superstar Garry “The Lion Killer” Tonon from the Evolve Fight Team is a relatively new face in the cage, yet fans of submission grappling have steadily followed his career for years. Which is why when Tonon decided to try his hand at MMA back in 2018, it came as a pleasant surprise for fans who wanted to see how he would fare inside the ONE Championship cage.

Tonon is a prominent member of the Danaher Death Squad, alongside the legendary John Danaher, Gordon Ryan, and Nicky Ryan, among others. The group is known for their unique and dangerous style of submission grappling.

Opponents who have followed Tonon to the ground have seen a quick end to their attempt at upsetting him. As Tonon continues to improve his striking, he becomes even more lethal on the mat.

Tonon currently sits unbeaten at 5-0 with three of his career victories coming by submission and two by knockout. He’s showcased his grappling prowess in each and every one of his performances so far.

Kron Gracie is the son of the legendary Rickson Gracie, from the Gracie family lineage. He was awarded his black belt at the age of 19, and has terrorized opposition on the mats ever since.

Like Tonon, the 31-year-old just recently transitioned to MMA, but has competed in BJJ nearly his entire life. He has collected medals in some of the most prestigious BJJ tournaments in the world. He captured the ADCC title in 2013, among his many achievements. In fact, some call Gracie’s match against Tonon at ADCC one of the greatest matches of all time.

Gracie has long been associated with Nick and Nate Diaz, and has even cornered them multiple times in their fights over the years. He’s helped the Diaz brothers develop their ground games from the sidelines.

Gracie made his professional MMA debut in 2014, stringing together a series of victories. All five of his wins have, not surprisingly, come by submission. He joined the UFC in 2019, debuting with a win over Alex Caceres but lost his second fight in the Octagon to veteran Cub Swanson.

Fondly referred to as “The Wizard,” 35-year-old featherweight Ryan Hall is one of the most accomplished BJJ fighters in modern times. He burst onto the scene via The Ultimate Fighter. But despite falling out in the quarter finals, Hall got his second chance after one of the other contestants got injured and was forced to withdraw from the show.

Hall took advantage of the opportunity and went on to win his season. He was awarded a UFC contract and began his rampage. With wins over Artem Lobov, Gray Maynard, BJ Penn, and Darren Elkins so far, Hall is a freight train blazing a trail of destruction in his path.

Although he lost his first professional bout in 2006, Hall is currently 8-1, which includes three wins by submission.

Few fighters have perfectly adapted their BJJ skills to modern-day MMA the way Hall has, and it’s just a beautiful display of technical ability every time he steps into the cage. Hall has no fear whatsoever of being taken down, and he has various methods of bringing the action to the ground, which includes diving for singles, Imanari rolls, and scissor takedowns, among others.