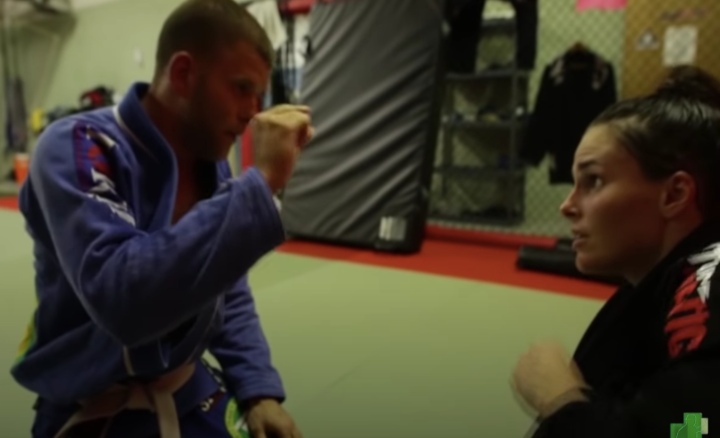 There are many voices, including those in the recently aired documentary “Jiu-Jitsu vs. the world”, that portray a picture of BJJ and its surrounding community as if they were flawless. “BJJ saved my life”, “We are all one big BJJ family”, etc. the stories about BJJ’s life-changing abilities are abundant. But BJJ and the community around it is not flawless. And to believe this, can in fact be harmful. Here is why.

A number of myths are in circulation in the BJJ community. One of them is that BJJ makes you a better person (the “a*shole filter” comes to mind). Yes, BJJ as a sport contains many tools that may be used for personal self-development. It has had a tremendous positive impact of the lives of many people. Many people have gotten in better shape, lost weight, used BJJ as a way to battle drug addiction, gotten better self confidence, and learned to defend themselves.

But to use this myth as a blanket statement is at best incorrect, as there are many people in BJJ that are morally flawed, and that have not changed for the better during their time in BJJ. Some people use BJJ as an outlet for their aggression, and in the right environment (or wrong, however one sees it), this aggression is amplified, not combated. These people will become more aggressive, more dangerous to others, and more capable of living out their aggression. 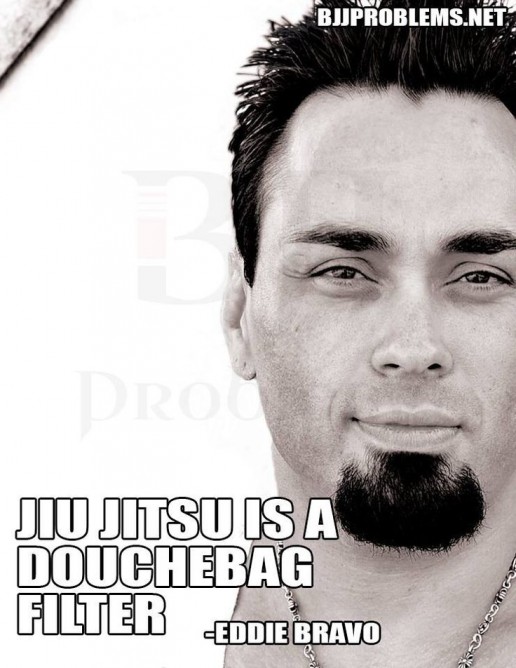 The myth that “BJJ turns you into a better person” gives legitimacy and authority to people that have trained BJJ for a long time (and thus should have been profoundly changed to the better, according to the myth), and some of them might, given the opportunity, exploit naïve practitioners, who will trust them due to their supposed superiority as a human being. Less dramatic, but harmful, are cases where black belts use gyms and the community as their playgrounds, and blur the lines between their personal lives and their roles as instructors and business owners. It is easy to do this, as the relations between people in BJJ often are of emotional and friendly character, but it is important to recognize that even though the setting has changed from the gym to a restaurant or a night club, that the roles (and accompanying responsibilities and powers) of instructor and instructee still are relevant. When such mechanisms are taken to the extreme, the outcome can be horrible. The BJJ community has experienced cases like this, ranging from psychological abuse, to financial fraud, and sexual assault (for example, the case of Lloyd Irvin).

Sexism hurts women who are in, or would like to start with, BJJ, and therefore BJJ as a whole. And therefore also the men.

Sexism is a widespread problem in BJJ. Unwelcoming training environments for women, sexual harassment during training and by teammates, discrimination of professional female practitioners as trainers and competitors, are only some of the issues that are prevalent. I myself have encountered gyms where there are no changing rooms for women. That alone screams “you should not be here”. Then there is the whole Metamoris-issue and their lack of female matches. Metamoris might only be one event organizer, and there are others that do treat women with more respect, but Metamoris is run by people with a lot of influence in the community, who are good at attracting attention and promoting their events and ideas.

There are gi companies promoting their gi with half-n*ked women, and women and their promoters interested in promoting women in a fashion that blurs the lines between the women as professionals BJJ-practitioners, and sexual objects. Regardless of whether this is empowering for the women in the pictures and videos, I think it hurts women in the sport, as it shows that it is ok to look at the women in any other way than equal training partners. On the mats, we should all just be people. Gender is irrelevant (I’m not advocating not considering individual differences in training.
Please do adjust intensity to size, strength, injuries, experience, etc.).

The sport of BJJ will not grow to its full potential unless the second half of its prospective practitioners are recognized as equally valuable for what they bring to the mats. One can never know if the 13 year old girl who stopped training because more senior practitioners told her that girls shouldn’t be fighting could have become the next technical wizard on level with Marcelo Garcia.

The IBJJF, which acts as a major governing body in BJJ, holds much legitimacy and authority due to its hard and long work in arranging reputable competitions and promoting a set of belt rank standards. This organization, however, is a private, for-profit enterprise, owned by the same people that own one of the biggest team in BJJ, Gracie Barra. The most problematic aspect of this is the considerable power it holds over competition formats, rulesets, and how completely unaffiliated people run their gyms, without any mechanisms in place that will ensure that it will ensure the interests of all practitioners over its own interests.

Maybe the lack of central governing is part of what makes BJJ attractive and creative. With no specified rules that everyone has to adhere to, there is room for individual and local differences. For example, if a central governing body required every gym to have a black belt as head instructor, a lot of gyms would have to close down, especially in smaller towns. Many people are in gyms run by lower belts, and a black belt does not necessarily mean that one can teach well, or run a gym well. Competitions with different rulesets, like submission-only competitions, Naga, and IBJJF-competitions, will encourage technical creativity because one has to adapt to different challenges, and thus come up with new ways of solving situations. But it is dangerous to have an organization that pretends to be official and legitimate, who is not.
This piece is not motivated by a wish to harm BJJ. I do like BJJ very much. I spend many hours on the mats, and I think it is a great tool for self development and for leading a healthy life. But it is not a magic pill. One does not automatically stop lying or cheating on ones’ spouse, or give more tips at a restaurant, or respect the speed limit, because one learns to shrimp and armbar from closed guard. Many lessons that one learns in BJJ might have a parallel application in ones’ everyday life, but let me tell you one thing; the same goes for the opposite. I have learnt a lot in life, that I have successfully applied in BJJ.

The three issues mentioned are not the only problematic issues in BJJ today, and not unique to BJJ. I wanted to only name a few, to raise awareness and maybe nourish a discussion that could make some of them less critical. Of course it’s not all bad. Not all gyms are the same, not all black belts are monsters. BJJ gives great experiences to very many people. But there are issues to acknowledge and to discuss. Ignoring the bad things doesn’t make them go away, it gives them the opportunity to thrive in the shadows. If no one criticizes the people that have shady business practices, that act in ways that harm others directly and indirectly, they will not change. If no one criticizes the status quo in a community, things won’t change. If many enough start acting differently, and start speaking out, smaller changes can be made, which accumulate into bigger changes. Why should we not care about this community and this sport, if we intend to be in it for a long time. And for those that speak up against things they don’t like, and are asked to just mind their own business: you are people too, and you have a right to speak up and air your concerns just as anyone else. The issues, ideas and practices prevalent in a community influence anyone in it, and should not be refused from the public discussion just because some opinions are contrary to the hegemony.

Disclaimer: the opinions in this piece are my own, and do not necessarily coincide with those of my team, my gym, or my sponsors.