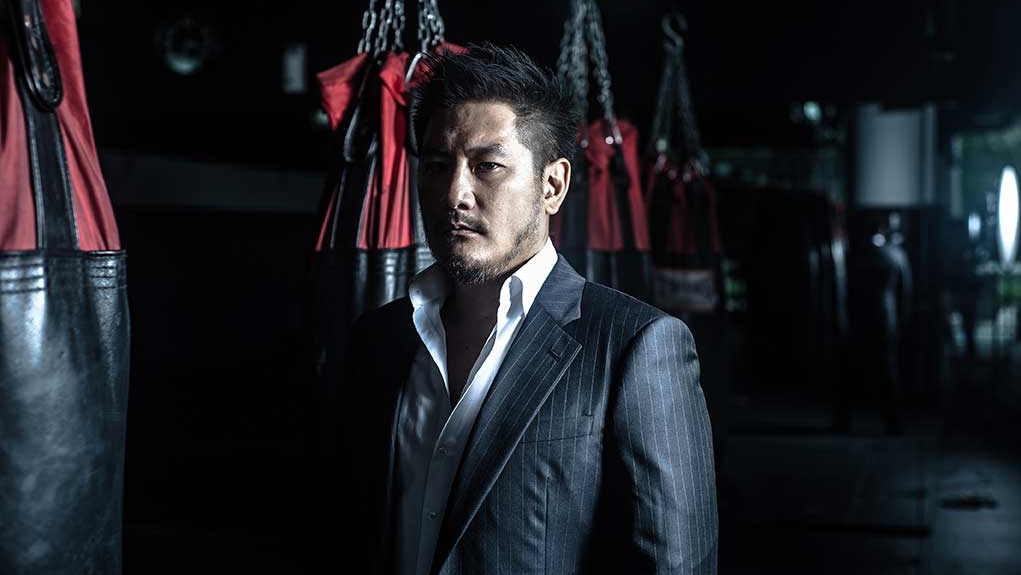 Many of us have a constant need to win in life. We always want to be first, be at the top of our games, and beat everyone else. We desire to be the best in everything. But what we sometimes fail to realize, as cliche as it may sound, is that success is not a destination, it’s a journey. What makes success that much sweeter are the many times in between point A and point B when we’re failing.

For some reason, we’ve all been brought up to be afraid of failure. Maybe it’s the way other people have drilled this idea of constant winning into our heads. But it’s an unhealthy mindset that causes us to overlook the challenges we face and overcome in the paths we choose in life.

The story of Chatri Sityodtong’s rise from hardship is one that has been told many times, in many different countries, and in many different languages. The Founder of Evolve MMA and ONE Championship is no doubt an inspiring figure. But his life today is a stark contrast to what it was growing up.

Chatri’s story is one about overcoming the odds, chasing dreams, and ultimately building a better world. It’s a story about suffering and failure, and how that molded him into understanding his capabilities as a person, as a businessman, and as a martial artist.

In the inspirational video below, Chatri tells his story through his own eyes, with input from his mother, closest friends, and those whose lives he touched along the way.

Growing up in Thailand, Chatri came from a well-to-do family, living a comfortable life — in all essence, a pretty normal upbringing. That all changed, however, when his family was greatly affected by the Asian Financial Crisis.

Overnight, Chatri’s family went bankrupt. His family had to sell most of its belongings, and his parents just couldn’t find ways to make ends meet. Eventually, Chatri’s father left the family, and his mother was left as the sole provider. 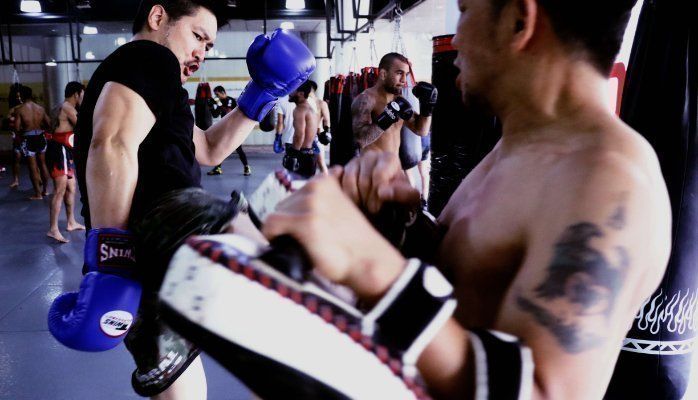 Throughout the hard times in his life, Chatri has used the lessons learned from martial arts to help him keep going.

Life was so hard that it became a daily game of survival — a battle with the uncertainty of whether they had food to eat or not. This situation ended up lighting a fire in Chatri, an inherent need to bring his family out of the poverty they suddenly found themselves in, and to this day, that fire still burns.

Throughout his life, and as detailed in the film, Chatri has often referred to martial arts as his greatest teacher, where he learned life’s biggest lessons, particularly that of dealing with adversity.

“I always say that the path for greatness for all of us, for every single person on this planet, is suffering. Suffering through failure, through adversity, through tragedy, through setbacks, obstacles, mistakes. It is that journey of suffering that brings out our greatness.” said Chatri.

After discovering the Thai martial art of Muay Thai when his father brought him to the famous Lumpinee Stadium one night to watch a few fights, Chatri was mesmerized. He was captivated by the fighters in the ring, and how they moved with beauty, grace, and power.

It wasn’t long before Chatri found himself in the gym, learning the discipline. That is where Chatri discovered who he was and what he was capable of.

In his time training, Chatri recalled how much immense physical pain he had felt kicking the pads and demolishing the heavy bags — the kind of pain that sent signals to the mind every minute to just walk away and give up. Martial arts, he says, taught him to push through that pain and destroy his physical and mental limits, to emerge triumphant.

It’s this same mindset that Chatri has applied to every difficult situation in his life — surviving on $4 a day as one of the poorest students at Harvard University, sleeping on the floor and living in his office as he built a software company from scratch in Silicon Valley, and then eventually founding Evolve MMA and ONE Championship. Chatri and his mother slept on the floor of his office in Silicon Valley.

“So every kick, my shins, my feet, it was just unbelievable pain. And I remember thinking to myself that it was going to be impossible. I wanted to quit. It was the toughest training I’d ever experienced in my entire life,” Chatri said of his early days training in Muay Thai. “But the crazy thing is, after the training, I never felt so alive.”

After getting his first taste of financial success, raising over $40 million in venture capital for his software company, and essentially becoming a multi-millionaire when the company was sold, Chatri moved on to compound his wealth on Wall Street. There, his hedge fund had grown to over half a billion dollars, an insane amount of money that most of us could only dream of.

But as Chatri has always said in the past, money was never what truly drove him. It was his passion to overcome the obstacles and challenges in his own life that drove him to succeed. Yet, despite what he had already accomplished financially, he felt empty inside.

He had the capacity to buy anything he wanted, and his family never had to go a day hungry ever again. Yet something was missing. 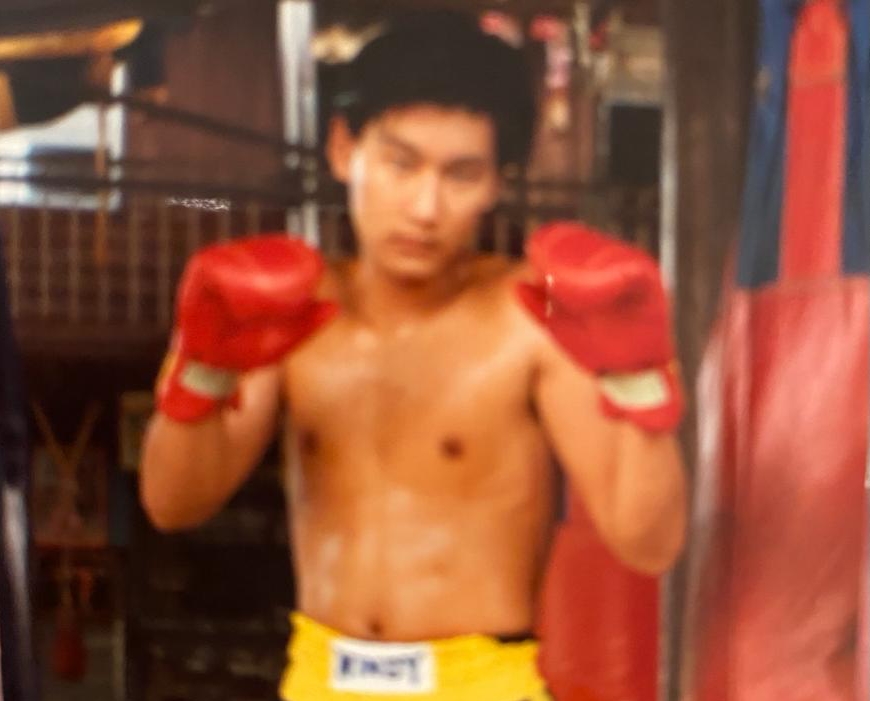 Chatri would move back to Asia and establish Evolve MMA, checking off a few boxes along the way. He would bring martial arts to prominence in Singapore, providing people the chance to learn martial arts and absorb its lessons the same way he did as a child. And it gave the people he loved and respected an opportunity for a better life.

Among those lives he changed was that of his first Muay Thai trainer, Papa Daorung, whom he met when he first entered Sityodtong Gym as a young boy. Papa Daorung, who has been responsible for molding many great Muay Thai World Champions, was steeped in poverty and hardship before he became an instructor at Evolve MMA. 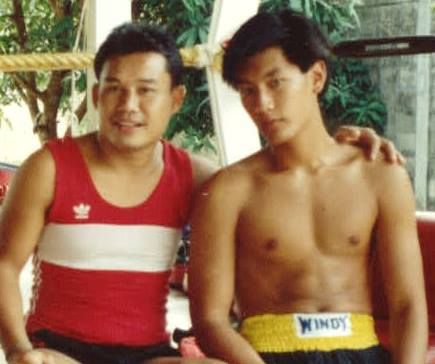 Brazilian Jiu-Jitsu Champion Almiro Barros lived a difficult life back home in Brazil, despite having achieved so much in his competitive grappling career. Barros mentioned earning very little money, and having to resort to selling newspapers on the street to get by. He too became an instructor at Evolve MMA, and his life changed forever.

Multiple-time Muay Thai World Champion Singtongnoi Por Telakun, an absolute legend in the striking circles, is alive today because of Chatri’s kindness. He was diagnosed with cancer in 2016, when a two-centimeter long tumor was found in his nasal cavity. His job at Evolve MMA helped provide for his family, and Chatri covered his medical expenses. Singtongnoi is today a cancer survivor.

These are just a handful of many incredible stories of Chatri’s generosity, especially for martial artists who gave their lives to their respective sports but didn’t have the right financial opportunities to mirror their sacrifice.

After Evolve MMA, Chatri would go on to build ONE Championship, achieving his goal of uniting Asia under a single global sports media property, vastly different from its competitors. ONE Championship had a message, and the company wanted to change the way people viewed martial arts.

Many people say Chatri’s biggest passion is martial arts. But dig a little deeper, and you’ll uncover the truth. Chatri’s ultimate goal is to make the world a better place to live in.

Everything he has done with the success he has found in life is to give back to the world. Chatri’s mantra has always been to “ignite the world with hope, strength, dreams, and inspiration” and it is through his work at Evolve MMA and his work at ONE Championship that he is able to pay it forward and inspire others to unleash their greatness. ONE Championship is the world’s largest martial arts organization.

By telling the stories of the amazing martial arts heroes he has built through ONE Championship, he is able to showcase the greatness and capability of the human spirit.

Superstars like ONE Women’s Atomweight World Champion Angela Lee, the youngest mixed martial arts World Champion in history, or former ONE Lightweight World Champion Eduard Folayang, who overcame extreme poverty in the Philippines to build a comfortable life for he and his family, serve as beacons of hope and strength, and as shining examples of what humans are truly capable of.

Through suffering and failure, Chatri found his passion, and he has inspired others to do the same.