How To Successfully Use Action-Reaction Principles When Grappling 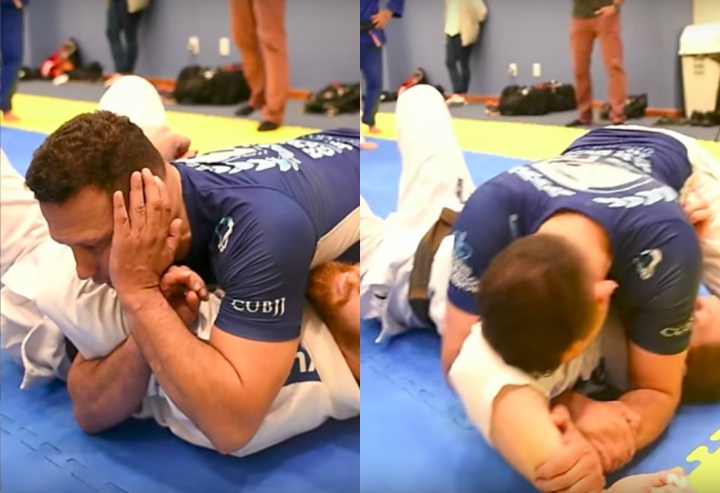 This action reaction principal is one of the most important and fundamental principals of our art. If we did not apply this principal to our game, well the bigger stronger guy would win almost every time. And even though it is core to BJJ, it is also one of the least used by lower belt levels.

A common scenario is two opponents squared up on the mat pushing into each other hoping to over power the other without losing any ground to the others forward force. But more often then not it just becomes a stale mate or the bigger, stronger, more athletic person winning the battle. There are other options that not only require far less energy, but also puts your opponents direction of focus into an easy trap. Lets say you are playing bottom guard and are going for a classic hip bump sweep, well a common reaction by your opponent is to post with their hand to stop that sweep. I often see one or two things happen at that point. The first is the bottom player abandons the sweep and lays back down to restart something else or they blow their energy reserves trying to force the sweep. Using our action reaction principal when the sweep fails the arm posting out sets up the perfect Kimura. Going straight for a Kimura is often hard from guard because almost everybody knows if your hands go on the mat, its Kimura prone, but when somebody is defending the hip bump sweep, their focus is about staying on top. They forget about the dangers of posting and that is what makes it such a great combination.

The deeper you get into BJJ the more you will realize that single attacks do not have high success rates on more experienced practitioners you need to combine our techniques using the action reaction principal. This will also allow you to have higher success rates with a smaller arsinal of techniques as well.

To start applying this tactic you need to analyze when one of your techniques fail in class. See their reaction and brainstorm with what their reaction left them open for. Then the next time your going to get excited for them to defend your plan A, because Plan B now exists.

Renzo Gracie’s cross choke-armbar trap from the closed guard is a great example of using action-reaction.

It all starts with a cross grip on the collar and dropping the elbow to force a reaction. You then chain many options together

I put the hand in and immediately drop the elbow and make it heavy. He has to put his hand on my chest to keep his posture. That’s when I trap the hand and throw on the legs from the armbar.
We try to complicate by setting it up straight but if you start by going for a choke, and be elbow heavy, he will always react by pushing my chest and that’s when I hit the armbar.
If you use this (system) your guard game becomes hell!

In this video above, Renzo shows the whole process.