Steven Seagal Shares What He Really Thinks About Brazilian Jiu-Jitsu 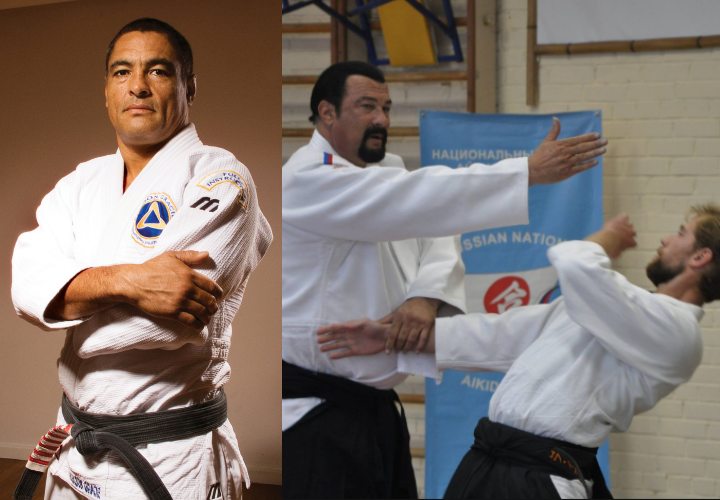 Actor and 7th degree aikido black belt Steven Seagal was recently asked what he thought about Brazilian Jiu-Jitsu and its effectiveness.

He openly gave his opinion and had reservations about fighting on the ground:

“When people say “all fights end up on the ground” they are incorrect. 90 percent of the fights that I know end standing up with one person going horizontal. They (the samurai) knew if they went to the ground they were dead because they were on the battlefield. We don’t want to dive down on the ground and just as much time as those guys spend trying to dive in your legs and get you, we spend just as much time cutting your head off or knocking you out or ripping your eyes out or ripping your throat out or severing your brainstem when you go down there because your head and your neck will be vulnerable.”

“I don’t care who you are if you know what we know yeah and then i’ll show you.”

Rickson Gracie was once asked what he thought about Steven Seagal and if he is legit.

Now when BJJ and Taekwondo black belt Joe Rogan was asked about STeven Seagal, he went deeper questioning the effectiveness of the martial art of Aikido….