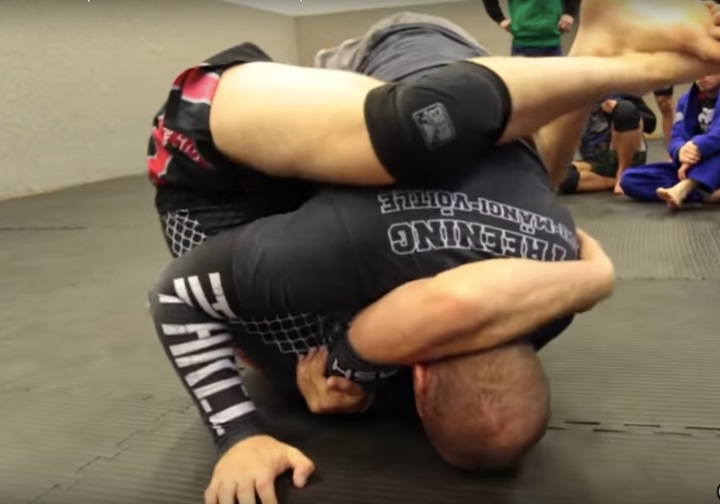 Stacking – says Priit Mihkelson – is not a missing skill in Jiu-Jitsu but stacking to shutting down the closed guard is what is missing because people even call it “dirty Jitsu”.

Usually people consider stacking in closed guard to be ”bad jiu jitsu” but in MMA you see people using it a lot.

What did Ken Shamrock do in UFC 4? He stacked Royce Gracie inside the guard and Royce couldn’t apply his jiu jitsu.

What did GSP do with Condit? GSP grabbed his head and stacked him. With John Danaher in his corner they choose stacking as the best strategy.

Stacking is a very annoying way to defeat the closed guard but it’s also  very effective because is not a stalling position. It’s possible to pass the guard from this position using the Sao Paulo Pass and its variations.

Stacking is not the best way to defeat the closed guard, but if you do not stack then you are missing something very important.

We need to have the full spectrum: stand up and stack in and everything in the middle.

This stacking approach is still under construction but out there is evidence that it works even with the gi, so we should not be ignored it anymore.

Tim Kenedy did a brilliant job of stacking Dave Camarillo in their recent Gi Grappling superfight: