Should You Roll With People That Give You Bad Vibes? 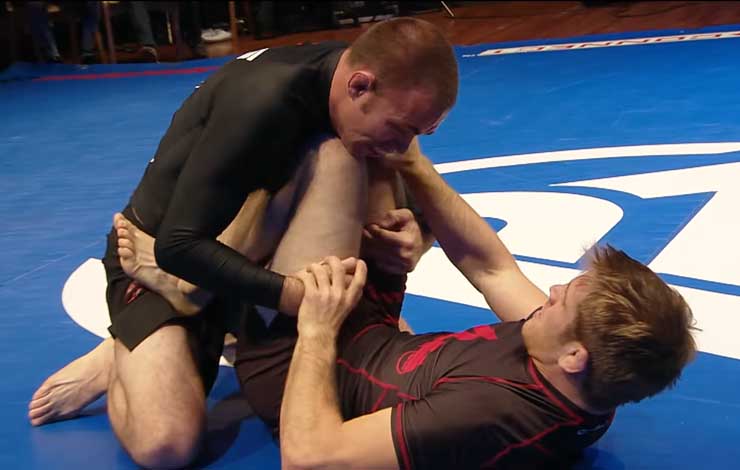 Brazilian jiu-jitsu unlike some martial arts cannot be separated from the practical application of it. Although some have tried, the staple of every jiu-jiteiro is how they roll, who they roll with and the impression the leave behind.

So how do you approach rolling with people that give you a bad vibe (or getting approached by them)?

Our editor in charge Gile Huni is convinced that something like this can be counter-productive. He went on to say:

“Personally, I don’t like to roll with people that I find annoying or who have bad intentions and that give me a bad vibe because the roll can get emotional in the sense that I often have to go extra hard on them because, in a way, I don’t appreciate them and actually want to teach them a lesson. That makes me more tired and at the end I don’t end the roll feeling better. They also pass me their negative energy afterwards. I prefer rolling with nicer people where the roll is about improving, even if it’s a hard roll, it’s not a grudge match.”

Indeed rolling is a very specific interaction. This type of interplay can go horribly awry, often in contrary situations – with those too close to us as well as those who we have a conflicting relationship with.

It’s been proven that rolling helps the body release oxytocin, the cuddle hormone which typically makes this kind of interaction deeper, intensifies the feelings of attachment and makes those involved much closer.

The hormone that promotes warm social interactions might also be responsible for promoting in group favoritism as well as ethnocentrism strongly suggesting it might have a dark side as well. While usually linked to trust, empathy and generosity it can seriously promote conflicting feelings.

Past studies have shown that it helps foster social feelings, such as the one between a mother and a child as well as altruism it isn’t always the case. Social psychologist Carsten de Dreu of the University of Amsterdam in the Netherlands suggested it might also foster the feeling of one group being better then the other – at the expense of outsiders. All this might not be such a thing if bjj academies didn’t have such a huge turn over.

The net result is that oxytocin makes people prefer their own group over other groups “and thus sets the stage for prejudice and social discrimination,” de Dreu says of findings detailed online January 10 in Proceedings of the National Academy of Sciences.

“Recent classes of theories explaining the role of oxytocin in social behavior have focused only on prosocial positive behaviors such as trust and generosity. However, oxytocin is also involved in maternal aggression and territoriality.” says neuroscientist Simone Shamay-Tsoory at Haifa University in Mount Carmel, Israel.

Of course oxytocin isn’t the only chemical involved and in the end much may depend on the kind of experience we’re seeking to foster within ourselves.

Erik Paulson answered this question once during a guest spot on Rolled up in quite a distinctive way:

“I used to roll with people all the time. And I’m very sensitive to energy and a lot of times I would go home I’d have nightmares .. bad nightmares like monsters and stuff like that anyways I found out later that I have a few people that I talked to. They did a scan on me through archangels and they’re like: Your job is bringing energy, negative energy home with you. He hoes what do you do . And I go I teach martial arts . He goes, you touch a lot of people don’t you? I go yeah, everyday. A lot of times when you roll with somebody you pull their energy off of them because you’re dipping into their etheric layer which is their protective layer. Some people are negative.”

BJJ black belt Ken Primola believes we should be rolling with those people as well:

” I say yes because it forces me to be a better Jiu Jitsu fighter and person. I used to just roll to teach them a lesson and then realized it’s my emotional problem if I have to feed into theirs.”,/blockquote>

He might have a good point, because coping in situations that make us uncomfortable or unsettled might help us become better adjusted individuals personally. Still growth is exhaustive and never ending and as such should probably be a measured effort.

He’s not the only one with this point of view either, black belt Sascha Sangoma Ernst said that you need to perform under any circumstances since in real fighting things aren’t optimal most of the time. Adding that a comfort zone limits your progress.

“Yes, as much as I don’t like it, I need to push myself in order to be better. Sometimes I think not rolling with someone who you don’t like is giving yourself up to your ego, which restricts your growth.”

Anosh Parvazi took this prompting as a cool opportunity to share a peculiar story of subverting one malignant approach:

There’s this guy that I’ve had heated talks with on fb. A huge racist and white supremacist! But when I meet him he looks down and cant stand for his words.
I try to roll with him as much as I can, and I let him pass me, I give him compliments and a pat on the back, never let him submit me cause he cant.
The bad side is, that he’s a black belt.. and I’m purple.
He gets way too much respect from others that just accept authorities words.
I say f*ck you authority! You’re not a black belt if you take your negative s*it from the outside in to the peaceful dojo!
Also he has zero self defense skills which is just bananas for me!

From a standpoint of someone who does bjj but also has a psychological background – I’m tempted to toe the middle line. Zone of comfort can be a great crutch to prevent growth and become stagnant yet we all crave it sometimes so naturally it can be most welcome from time to time.

Human error is another factor, often times we can misinterpret a benevolent comment or gesture or even a move pulled in sparring and attach our own baggage to it so there’s plenty of room for introspection when considering to distance yourself from a teammate. Some people subconsciously evoke associations to other aspects of our lives we’re not at peace with in turn making us prejudiced against them without even realizing it.

In the end, the real challenge is finding the balance within ourselves between growth (both as a jiu-jiteiro and as a human being) and knowing how to  recognize a day that’s badly suited for interactions that might encumber further.