Seth Daniels Has Disk Replacement In His Neck 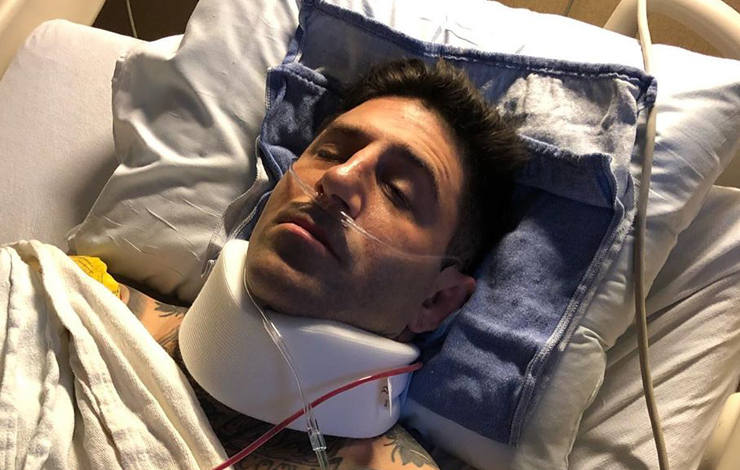 Seth Daniels just had a disk replacement in his neck. According to his own account:

Today I’m having 2 disks In my neck replaced c5 and c6 I’m more nervous for this surgery than usual one way or another I’ll see y’all on the other side.

If you’re unfamiliar with Daniels’ body of work – he’s the one responsible for those multitudes of Fight to win events floating around on social media. Famously Daniels instructs his refs to never interfere and his competition has been the scene of some of the weirdest events in grappling including Agazarm being sparta kicked off the stage any many more.

Most recently he’s welcomed Erberth Santos on his stage, back from that shocking BJJ Stars incident.

One last big breath before I go under. Today I’m having 2 disks In my neck replaced c5 and c6 I’m more nervous for this surgery than usual one way or another I’ll see y’all on the other side. I only know 2 prayers the serenity prayer and the one from enter sandman so here I go 🙏. Now I lay me down to sleep, I pray the Lord my Soul to keep, If I should die before I ‘wake, I pray the Lord my Soul to take

We’re glad he made it out alive!

I’m alive kind of thanks for the prayers

Cervical disk replacement surgery involves removing a diseased cervical disk and replacing it with an artificial disk. Before this procedure was available, the affected disk was removed and the vertebrae above and below were fused together to prevent motion. (Source)