How To Set Up The Legendary ‘Helio Gracie Choke’ 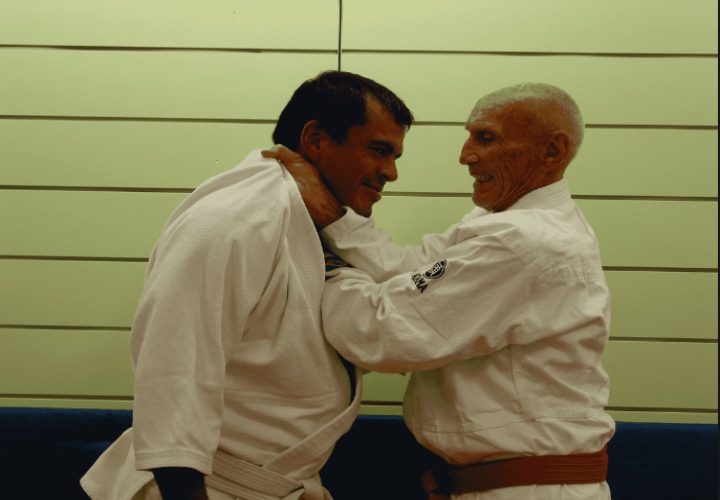 For the choke, there are no “tough guys”. With an arm lock he can be tough and resist the pain. With the choke he just passes out, goes to sleep.

It was said that Grandmaster Helio Gracie even in his 90’s, had tremendous grip strength and that if he got a hold of your neck, there was no way to defend his trademark cross collar choke. Even after his death, many BJJ practitioners still use the “Helio Gracie choke”in honour of the Grandmaster. The choke is different from the X cross collar choke in the sense that you have both palms up. 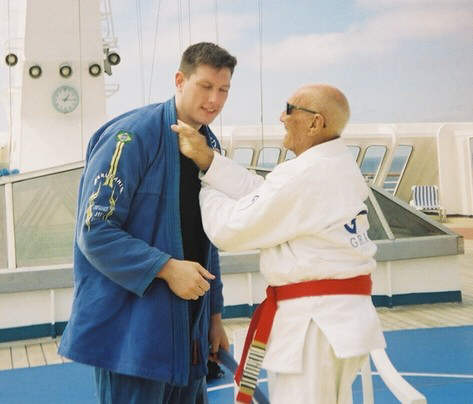 I visited Greatmaster Helio Gracie in Barcelona, where he demonstrated his favorite lapel choke. You can hear Royce’s voice in the background talking to his father. Notice the bright in Helio’s eyes and how smooth and firm is his grip at 95. Its a moment I will never forget.

Here you can see Saulo Ribeiro placing the Helio Gracie choke in competition. He learned this technique from Helio Gracie’s son, Royler:

Here coral belt Pedro Sauer (student of Rickson Gracie) shows the set up to the Helio Gracie choke from the closed guard: