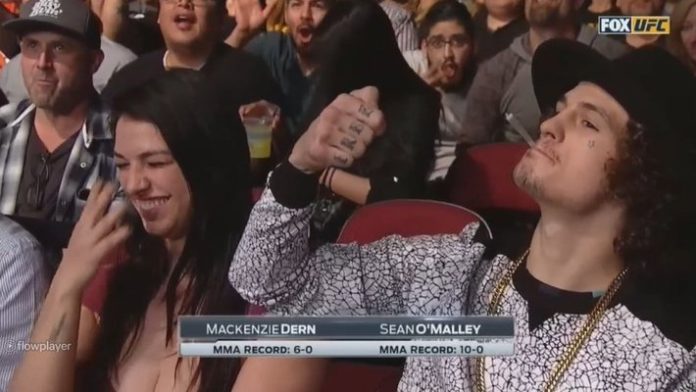 Sean O’Malley has had a turbulent month. The undefeated UFC fighter has recently settled his doping case with USADA.

.08 nanograms and they pulled me off the biggest card, suspended me and fined me . 1 Nanogram is exactly 0.000000000001 kilograms. For everyone who thinks I am stupid enough to take a banned substance before the biggest fight of my career, 🖕🏽.Thanks to the fans that support me❤️

O’Malley got just 6 months of suspension due to the fact that he “took responsibility for the adverse analytical findings.”

Now O’Malley can celebrate another momentous occasion – he has received his purple belt in Brazilian jiu jitsu.

O’Malley’s promotion was recorded on video. You can watch the video below: