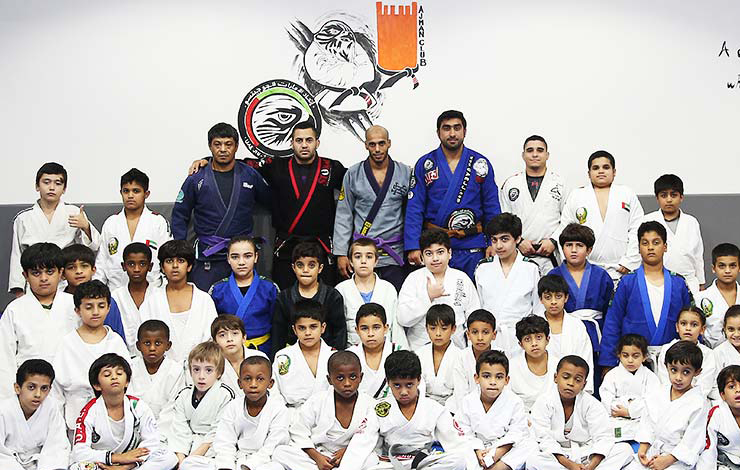 Big ideas lead the United Arab Emirates team back in the early 00s when the educational program using Brazilian Jiu Jitsu was first deployed. 12 years have gone by since 2008 when BJJ was introduced as a compulsory subject in public schools in Abu Dhabi.

For the first time many factors and effects of bjj could be observed and scientifically measured. Group of scientists from Fernando Pessoa University in Portugal opted to examine many effects of bjj on the students who have been taking the compulsory classes and they’ve done a study measuring some of the effects.

A wide range of factors was discussed including educational proposals, philosophies, sportization and Westernization of Middle Easterners,  Gulf  and  scientific  heterogeneity,  as  well  as  misconceptions  about  the  cognitive  effects  of  BJJ  in  children.

A sample of around 150 boys ranging from 10 to 12 years was taken. The classes performed in 45 minute sessions, 1 to 3 times per week for a period of 6 months. They were then tested with Stroop Test model, Victoria version. This kind of test is good for examining neuropsychological functions.

The results offered strong evidence that practicing BJJ had a positive influence on the Executive Functions development, specifically the Inhibitory Control.

Inhibitory control can be defined as a range of mechanisms that allow the suppression of previously activated cognitions and inappropriate actions and resistance to interference from irrelevant stimuli (Bjorklund & Harnishfegar, 1995).
Inhibition is comprised of the following three interrelated processes: 1) inhibition of a prepotent or dominant response, 2) stopping of an ongoing response, and 3) interference control (distractibility). In layman terms the subjects who were in bjj classes were more in control of themselves in addition to being much more able to focus on the task at hand.
Additionally, it was found that not only gains in cognitive effect sizes were superior to average of other forms of Physical Activity (Castelli, et al., 2015.), but also showed similar effect sizes compared to traditional martial arts (Kin, 2015; Douris, et al. 2015; Lakes & Hoyt, 2004).