Ryan Gracie’s Son Remembers Him 10 years After Death: I really didn’t like jiu-jitsu. Today, I’m sure, I can overcome anything 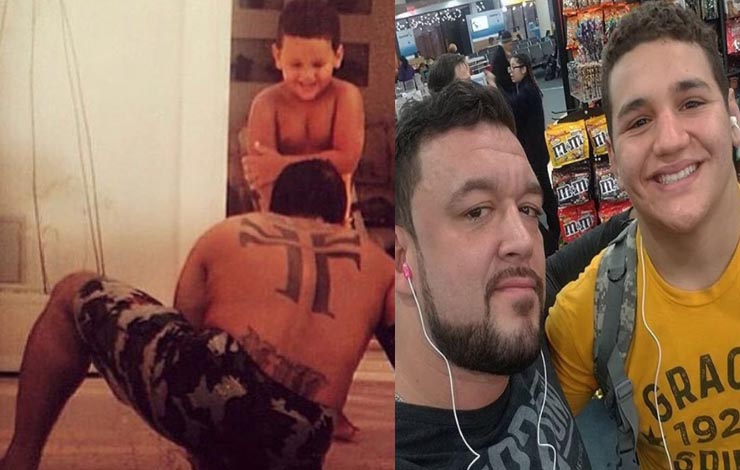 Younger brother of Renzo, Ryan caused a lot of trouble, especially because of his fights in clubs, bars, restaurants and in competitions. He very fast became a favorite of many Brazilians, even before getting famous. With so many confrontations he ended up making enemies even outside the rings such as Wallid Ismail and Jorge Patino Macaco. 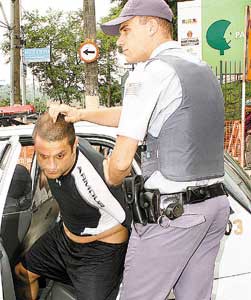 AND, there were also various attacks. The president of the Rio de Janeiro Jiujitsu league, Mauricio Lima said that he was attacked by Ryan Gracie because of a letter, published in a jiujitsu magazine (note from Carioca: O Tatame), where he accused Ryan’s father, Robson Gracie, of being prejudiced against homosexuals. Thanks to this letter, Mauricio was given a homage by the gay magazine SUI GENERIS. But, according to Mauricio, that got Ryan really mad..

“I criticized his father, and Robson did not retaliate. I don’t get it. At the night club, Ryan said I was bad mouthing his dad and punched me in the chin. I didn’t fight back.” – said Mauricio Lima.

After learning about what Mauricio said to the police, Ryan said, Ironically:

“Saddam (Mauricio’s nickname) is an amoeba, and idiot. I never said anything about gays. Only thing is, during my TV show (Ring Heroes), we joked, when a guest of the show said that Mark Kerr looked a little feminine. I have nothing against gays. Saddam, for example, has a candid, delicate soul. Now, if he is gay or not is not my business. Personally, I think homosexualism is an ugly thing, two hairy men touching each other, . . ugh. Now, two women having sex is ok!.

The last problematic story he was involved in, happened in 2007 when he robbed a person in a car and later on a motorcycle. After being arrested he was diagnosed as being in shock and under the effect of drugs. He was wrongly medicated by a psychiatrist and found dead the next day inside his cell. The doctor was convicted afterwards.

Although the cause of the death still provokes controversy, the name of the warrior continues to be immortalized by son Rayron Gracie and brother Renzo . Rayron is currently a 16-year-old Jiu-Jitsu blue belt and a world title holder.

“I remember, it was a week after my six-year birthday that my father died. I remember that every day gift from parents, I had to give to my grandmother or grandfather. Even if I tell you that I’ve overcome this pain of not having a father, it’s a lie. One of the biggest pains I felt was when I was still in school and I was going home and saw the parents hugging their children, giving affection. I very much believe that you evolve and learn from pain. Today, I’m sure, I can overcome anything. Nothing can put me down. I try to see the good side of everything. I’m learning to overcome, ” he said to tatame.

In 2012, the doctor responsible for taking care of Ryan at the police station, psychiatrist Sabino Ferreira de Farias Netto, was charged with “negligence” and causing Ryan’s death “for too much medicine” and was sentenced to two years of “community service “. Considering that the psychiatrist used drugs to “control” Gracie in the jail. However, in September 2016, the doctor was acquitted by the Court of Justice of São Paulo

“The memories I have of my father are of us at home, in Sao Paulo,” he says. “He had this ring in the middle of our living room and we would fight in it. It was awesome. These are the memories my family and I have. And when I say family, I also mean his team in Sao Paulo. They are all very close to me. Even though he’s gone and we still miss him, for sure, he left this family and this team for me.”

Rayron Gracie is a blue-belt in jiu-jitsu now, but he wasn’t into fighting when he grew up. In fact, he thought the martial art that put his family on the mat was “boring.”

“I really didn’t like jiu-jitsu. I was a little fat, and I started to sweat a lot in the gi. I thought it was boring,” he says with a laugh. “In the Gracie family, everyone has a gi waiting for them before they are born. I remember being a small kid and my grandmother, my aunt, even Kyra, they were all saying I could choose if I wanted to fight jiu-jitsu or MMA, but that I would have to train with a champion in each sport. I think that was important in my evolution not only as an athlete, but as a person as well, because of the things I’ve learned inside and outside the mat.”

“There’s always this feeling that maybe you didn’t do your best, and that motivated me even more,” Gracie says of bouncing back from his losses at the Pan-American Championship. “I started to train hard and won the Worlds. Winning my first world championship was wonderful, but I hope there’s plenty more to come. I can’t wait for the black belt [laughs].”