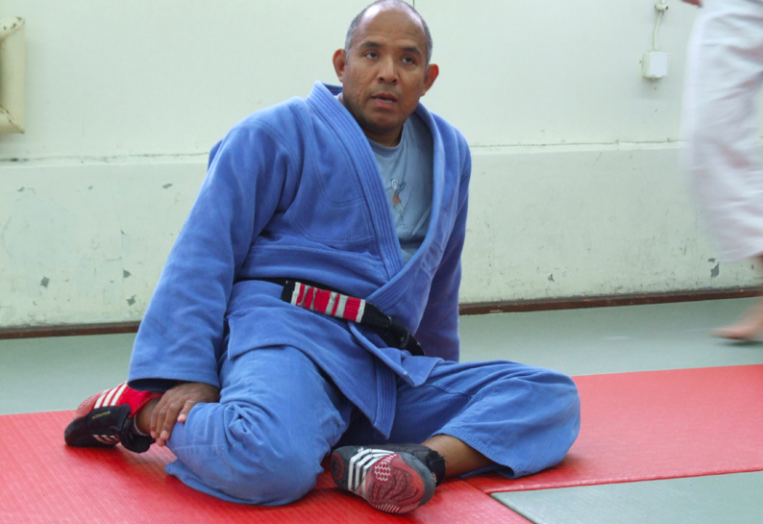 Roy Harris is an accomplished American martial artist, known in the Brazilian jiu jitsu world for being a black belt under Joe Moreira and is often (wrongly) mentioned as a part of the “BJJ Dirty Dozen“, the first group of 12 non Brazilian men to have been distinguished with the rank of black belt in this grappling style. Roy Harris is also known as one of the first instructors to publicly publish a formal testing criteria for jiu jitsu, formalizing his promotion tests from white belt to black belt.

It has come to light that Roy Harris now offers to grade and promote students that he has never seen in person all the way to BJJ brown belt 2nd stripe by email and video.

Testing by video through email can only be done from white belt up to brown belt second stripe. In other words, to test for brown belt third stripe, brown belt first stripe as well as black belt and above, the student must travel to wherever Mr. Harris is and test with him in person.

This means that Roy Harris has taken it a step way past the controversial Gracie University which gives a ‘Technical blue belt’ to its students online. 2 years ago, they were giving actual blue belts online but with all the controversy following Rener Gracie’s statment that ‘learning Jiu-Jitsu online is even more effective than in the academy’ (see article here), Gracie University was forced to change it’s grading policy. Blue belts would not be given online anymore and they were replaced by a ‘technical blue belt’.

Rickson Gracie explained in interview with Tatame, that it was him who convinced his nephew Rener Gracie to stop promoting students online.

“It’s absurd. There can be no online belt promotion. After I read an article on Rener Gracie talking about Gracie University, saying that he promoted online students to blue belt, I had a confrontation with him. I said that if he continued to do this, I would denigrate his image, saying that he was a charlatan. And after that, he reconsidered, and thought that the idea did not make sense anymore. The blue belt is the most important Jiu-Jitsu. White to blue, it is the stage of enlightenment. The blue belt needs to be a confident guy that is a tough guy that can handle an aggression. And for that, he can not get a belt over the Internet.”

Screen shots from Roy Harris website (if ever they are removed): 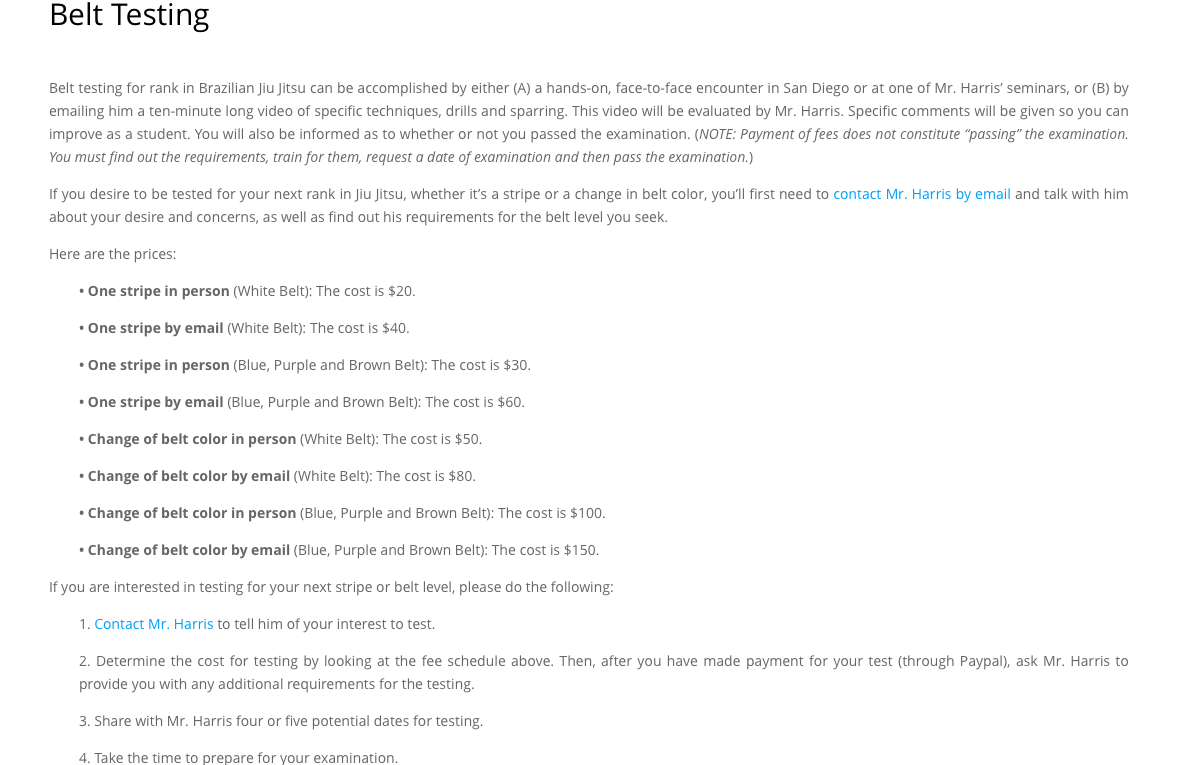