Romulo Barral Has The Perfect Counter To Over Under Pass 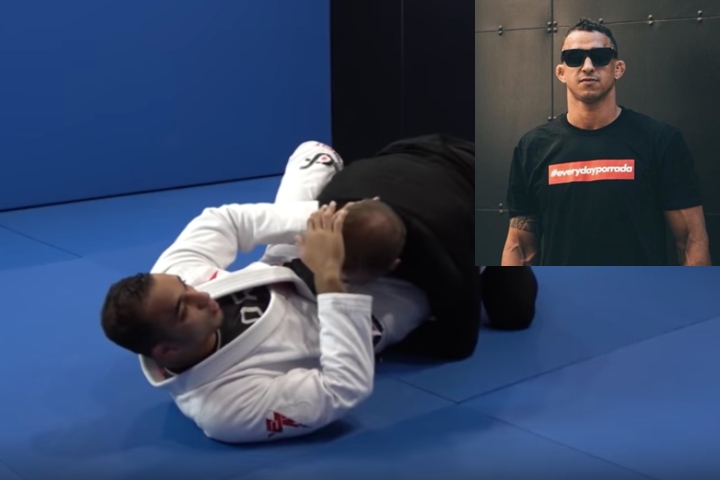 Although the over under is a high percentage guard pass it does have weaknesses. One of the most common way of countering is the head push. When you redirect the opponent’s head, you can completely unravel the pass, and you put the passer in a different passing lane, which gives you the opportunity to escape your hips and recompose. The head push is probably the most common way to defend the pass, but it is itself easy to counter…

His escape is simple but effective. Romulo makes space by extending his upper body which allows him to push his opponent’s head to the outside. This is the most important detail for the success of this technique.

Once the head is to the side, he proceeds to sit up and traps the opponent on the side. Romulo is in a strong position and can attack with a large range of options (submissions, backtakes and sweeps).

For this technique, timing is key.

The Greatest Spider Guard Player In History: 36 Year Old Romulo Barral Shows All Of The Tricks, Hacks & Techniques That Allow Him To Dominate Bigger, Stronger, Faster & Much Younger Guys With This Unstoppable Guard. If You Struggle With Sweeps, Submissions or Even Retaining Your Guard: Spider Guard . It Will Feel Like Cheating When You Learn Romulo’s
Recipe: Everyday Porrada Spider Guard by BJJ Fanatics. 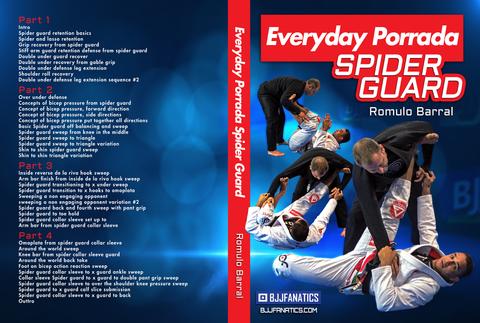