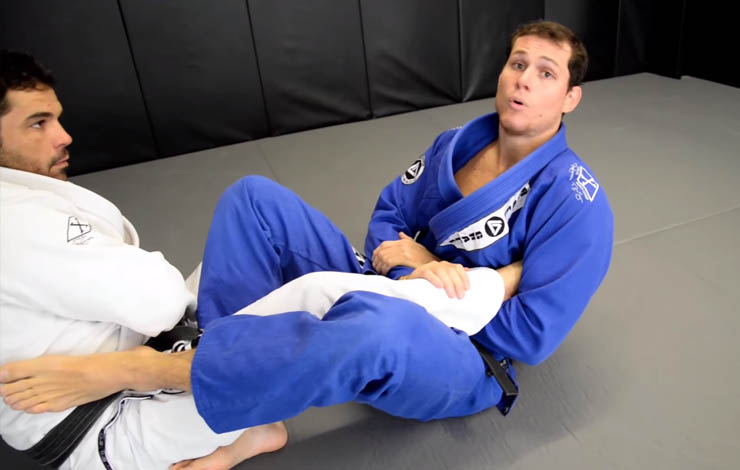 Lately Roger Gracie, who is notoriously secretive, decided to give his video platform a good chance and started releasing his concepts. Just past month he released a great clip explaining his philosophy of getting to the mount and maintaining it.

Now he’s released a clip none of us could’ve forseen – a leglock details one.
36 year old former MMA fighter specializes in chokes from mount. This is why it was somewhat surprising and exciting to see him share some of the leglock philosophy.
Notably Roger Gracie finished Shinya Aoki with a botinha back in 2006 ADCC.

Now Gracie is sharing his take on the technique in a portuguese language video that was recently uploaded:

In Roger’s words you’re not supposed to attack like this:

This makes it easier for the opponent to counter. Instead of that what you should be doing is dialing your elbow in back as to lodge the opponents foot

As said in the video Roger prefers to put his heel on the opponents belly further affirming the distance between the hip and the locked limb.