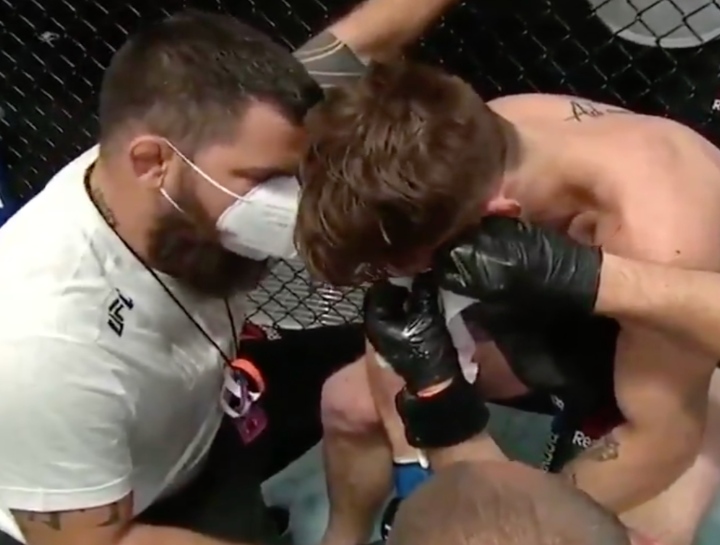 MMA fighter Max Rohskopf while fighting on he latest UFC card last night, sat on the stool in between rounds of his fight and told his corner repeatedly that he wanted to call the match aka to quit.

Robert Drysdale tried to talk him out of it, ignoring the pleas of his fighter. Drysdale was trying to motivate to continue:

“You’re a champion. Outwrestle him. Finish the round on top.”

The fight was then called.

Inside the corner of Max Rohskopf before the fight is called off at #UFCVegas3 pic.twitter.com/hZrfnaMObt

In this statement Drysdale explains why he has no regrets:

No regrets. I stand by my actions and by his well-being. @ufc @danawhite @suckerpunchent @arielhelwani @maxxingout155 #mma #ufc #wearezenith