Roberto Cyborg Abreu: The Real Goal Is Making Champions Off The Mat 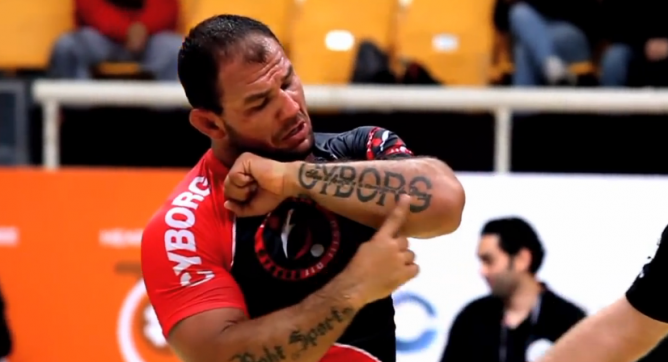 Roberto Cyborg Abreu is one very interesting bjj personality. Largely self taught bjj ace has almost every accolade under the sun in his name. Yet he’s conscious about his role in the society – as he revealed in latest podcast interview with In Bed With Aron and Helene.

“At first you don’t understand how big is your responsibility when you actually engage because in the end of the day it’s not about teaching techniques it’s not about like being a professor – you have to be a psychiatrist, a psychologist, you have to be a friend, a father. You have to be everything. Because people actually look up to you your main goal is not actually making champions on the mat but .. That’s a gift like no other job in the world can actually give you. “

Cyborg also revealed black belt was beyond the realm of possibilities in his mind at one point:

Besides origin stories Cyborg also shared details regarding his unique learning process. In many ways Cyborg considers himself self-thought. Best way to learn, according to Cyborg is teaching! Teaching forces a different perspective and forces anticipation. Many kids today just swallow what the teacher is saying but don’t grasp the mechanic.

Abreu also stress the importance of grind and persistence.

“You just have to keep on going, no matter what happens. “

You can listen to the entire episode of the podcast below