Rickson Gracie’s Method For Making Yourself Comfortable Being Uncomfortable 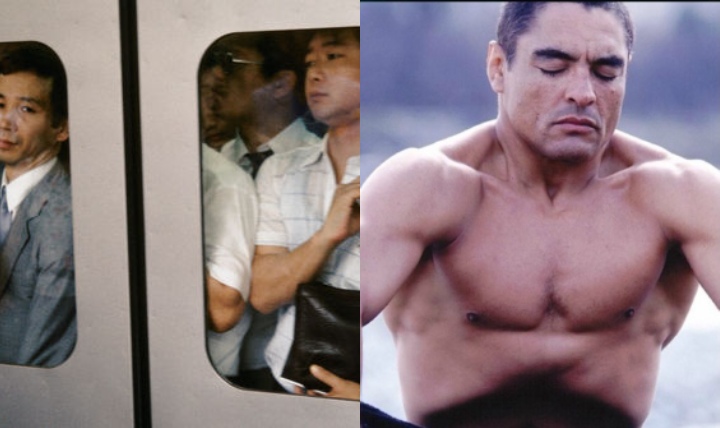 There are some old school lessons from Rickson Gracie out there that still translate to our training and fighting in today’s modern age. The one that everyone should embrace is the ability to get comfortable being uncomfortable.

A good example of this would be if a 250 pound guy has mounted you with deep hooks and a lot of hip pressure and is about to rain some strikes on you. This is a scary situation for most. Put an average guy off the street in this scenario and he will try to forcefully escape for 30 sec or so until he tires out, panics, and then gives up out of pure frustration, exhaustion and fear of being struck. Now you take an experienced BJJ guy and watch how he protects the face, off balances the opponent before the strikes begin and hip escapes to a beautiful heel hook from that same bottom mount position. The difference? BJJ practitioners train in worst case positions to the point where they get comfortable being there.

Alex Atala is a star chef who started training with Marcelo Behring in São Paulo, and today he is a black belt under Demian Maia. He shared how he applies this concept that he learned from Rickson:

“Before the recognition and the spotlight, I spent ten years just eating, sleeping and cooking, without doing anything else in São Paulo,” recalled Alex Atala, 52. “I found myself working in the middle of chaos, it was painful, until I finally understood a brilliant phrase from Rickson, which I kept with me always: ‘The secret is to find comfort in discomfort’”.

In that well-summarized sentence, Atala realized what he was missing:

“There I learned that I was facing many of my routine difficulties in the wrong way. After all, life, work, day to day, will bring us discomfort all the time, and fighting against that fact is to expend energy, because it is impossible to change that. To live is to manage problems. From that day on, I started to find comfort in discomfort, and I was happier. ”

Another story is how Rickson used to be very claustrophobic when he was younger and he hated being stick underneath in Jiu-Jitsu. In order to conquer this fear he would have his brother roll him up in a carpet. He could stay in there for only a minute or so at first. Then slowly he could stay longer and longer.

He kept doing this everyday until he overcamet his fear and could stay rolled up in the carpet for as long as he wanted to. He learned to breath through it and thus it became comfortable. He never feared being put in bad positions again in Jiu-jitsu.

In this interesting video interview with Demian Maia, Rickson Gracie goes deeper into this way of thinking:

“Jiu Jitsu is very gentle. It’s an art that makes people come together. You have to feel the opponent, there’s a connection right there. It’s a perception of energy, that connection of the perception transcends the fight. Just by shaking a hand you can read a guys personality. Jiu Jitsu teaches how to approach and feel confident in situations. In Jiu Jitsu, the important thing you learn is about yourself. You start to become comfortable to be in the hell you live in”