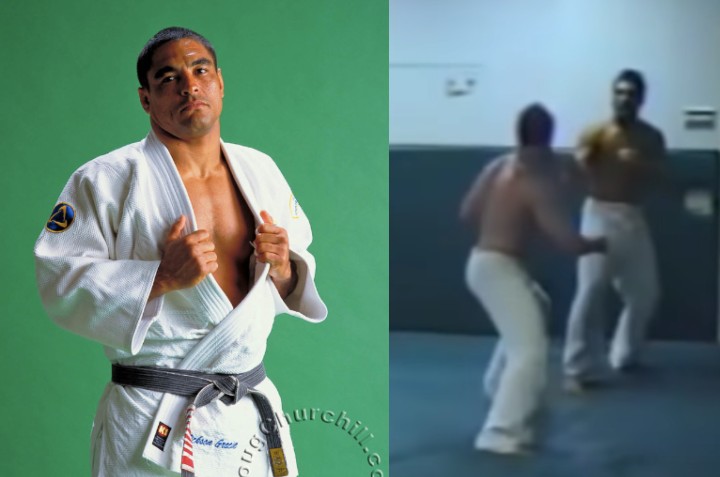 Here’s an interesting video from the infamous ‘Gracie in Action’ tapes. Rorion Gracie narrates his brother Rickson Gracie’s challenge match with someone he calls a 6x Russian Judo national champion. The Judoka’s identity is never revealed. We don’t see much Judo because he goes straight down when Rickson rushes him with punches.

One detail that will tell that he is a Judoka is  that as soon as he went to ground on his back he turned around amd turtled up, which a very common habit that competitive Judoka’s do. They are waiting for the referee to call ‘mate’ (stop) and start the match standing again. In this case, this is NOT a Judo match, it’s a vale tudo challenge fight and he’s facing no other than the alleged 400-0 Rickson Gracie…