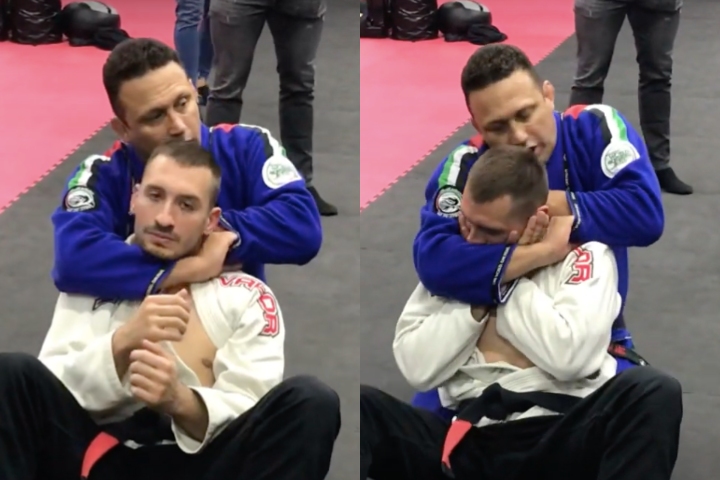 When you control your opponent from their back and they try to block your rear naked choke or collar choke, a good opportunity arises to shift to an ezequiel choke. This choke works even when the opponents puts both hands to defend.