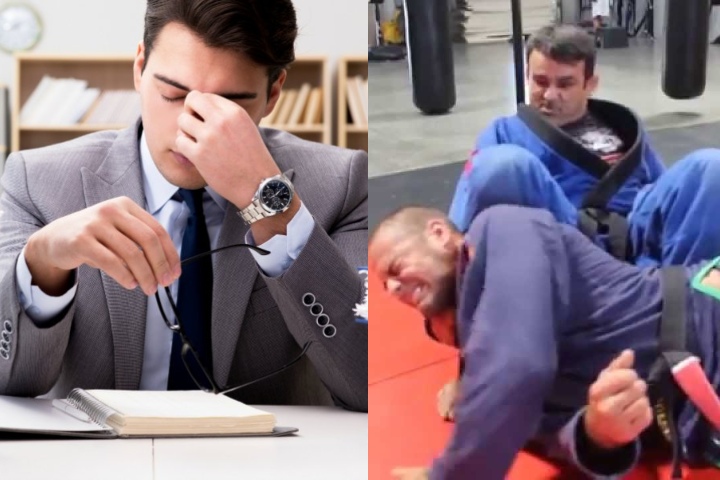 Learning Brazilian Jiu-Jitsu (BJJ) is often a life-changing experience for those who decide to give the gentle art a try. BJJ has become increasingly popular all over the world, thanks to its effectiveness being demonstrated in many competitive settings like mixed martial arts. But BJJ isn’t just an effective martial art that will teach you how to perform complex moves in the gym, it also helps to instill self-confidence in its practitioners. The confidence gained from BJJ helps people handle difficult situations that they otherwise may struggle with. BJJ helps people become the best version of themselves not only on the training mats but in the real world too.

What Is Brazilian Jiu-Jitsu?

It is a martial art that is taught all over the world to police officers and military personnel and it remains arguably the most effective martial art for one-on-one combat. The principle behind BJJ is to take the opponent to the ground and subdue them with a choke hold, joint lock, or a combination of both. BJJ also teaches practitioners how to get into dominant positions on the ground where they can pin an opponent down and hold them there.

The benefits of learning BJJ are endless. A person who has trained at a BJJ gym for only a month is already significantly more likely to be able to successfully defend themselves than a person who is untrained. The benefits go past simply being able to defend yourself. It also teaches you important values like discipline, perseverance, respect and the importance of a good work ethic.

BJJ will also improve your problem-solving skills. Learning all these things will give you a major confidence boost as you realize just how much you can accomplish when you put your mind to something. Confidence goes a long way since it often affects how things play out in our personal and professional lives.

Here are four situations that the confidence gained from BJJ will help you handle:

1) Traveling on your own

Traveling alone to a place you have never been before can be an intimidating thought for many people, but learning BJJ gives you the confidence to do such things. You will no longer feel terrified at the thought of being attacked when you are alone since you know you can defend yourself if necessary.

The experiences you will gain from your adventures will enrich your life, and training will keep you in shape as you enjoy new cuisines. Your newfound confidence will allow you to feel comfortable checking out new places you have never been before, even if at first sight the place may look a bit scary.

The fear of learning new things is one of the biggest fears people have. It is one of those things that requires a change in perspective. People who are reluctant to leave their comfort zones often end up not being able to make their life goals a reality.

Learning BJJ helps you to shake all that off. Every student starts as a white belt and it can take up to a decade to reach the rank of black belt. Everyone struggles with the basics when they start. It will be no different for you.

Simple things like using the right grips when executing techniques or setting up submissions often seem virtually impossible to new students and many struggle with even basic techniques like a bridge-and-roll. However, if you keep drilling these techniques, they will eventually become second nature to you.

All of a sudden, you stop getting tapped out every time you roll with your teammates. You start catching them in submissions or at least manage to avoid them. With time, you will eventually tap some training partners who are higher ranked than you. It is a life-changing experience that reinforces the truth that anything can be learned with perseverance, dedication, hard work and discipline.

The next time you have to learn something that appears difficult at school or work, your experiences at the BJJ gym will reassure you that you will be able to eventually master it.

3) Dealing with pressure and stressful situations

If you have ever walked into a BJJ gym, there is one word that your instructors and training partners will repeatedly say to you for your first few weeks. That special word is “relax.”

We all tend to tense up when put in stressful or challenging situations and new BJJ students often showcase this reality. Many tense up while performing drills, while others just keep overthinking things. Your instructors and training partners will continue to tell you to relax until you learn to do it instinctively.

BJJ is arguably the most cerebral martial art. It is a martial art that favors those who are intelligent. A BJJ contest is not much different than a game of chess. Competitors are typically paired up according to their skill levels and weight, so physical differences or skill levels rarely dictate the winner of such contests. The competitor who is able to outthink their opponent is the one who usually emerges victorious.

BJJ is about disguising what you want to do to your opponent until it is too late for him or her to escape. It is about doing one thing to get your opponent to do something else.

What makes BJJ so much fun is the fact you have to make quick strategical decisions while physically exerting yourself. When you are used to thinking quickly while tired and dealing with an equally skilled training partner who wants to submit you, stressful situations at work or at school seem like a walk in the park. It is because BJJ teaches you to relax, analyze things, and then make an intelligent decision.

There is nothing worse than being in a confrontation and not being sure if you will be able to successfully defend yourself if necessary. When you train BJJ, you no longer feel helpless when an aggressive person has their sights on you.

Now, just because you have learned how to tap people out does not mean you have to show everyone how good you are at BJJ every time you are confronted. There are no winners when it comes to street fights, only losers. Moving away from a confrontation should always be your first option. You should only engage when you have no other choice but to defend yourself.

So if you’re looking to pick up an activity that not only gets you in great shape but helps you become more confident, in and out of the gym, give BJJ a try.