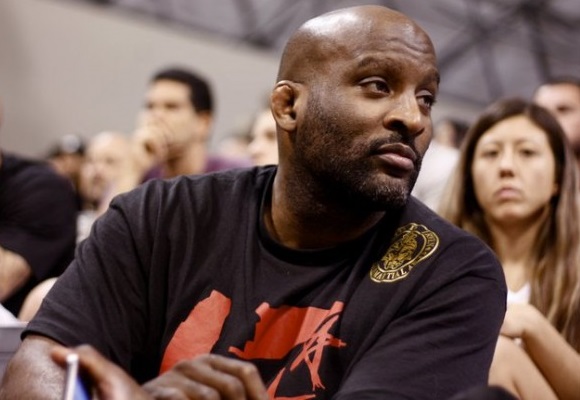 You have for sure heard by now about the Lloyd Irvin drama and the controversy surrounding him and some of his team members. Last year two of his male students were charged with rape after a New Year’s Eve incident involving a female student. Those two students, Matthew Maldonado and Nicholas Schultz, were ultimately found not guilty last month. Irvin had been involved in his own rape case twenty years earlier where he had been charged with gang rape (but acquitted).  Multiple friends of his were convicted of the same rape and sent to prison.

Jake Rossen’s new article– titled “The Cult of Lloyd Irvin” — is now up on the website of the Miami New Times and provides new disturbing details on life in the Lloyd Irvin inner circle:

One incident involves Irvin hitting on a girlfriend’s of one of his students:

A woman didn’t have to be enrolled in Irvin’s school to catch his eye. Several students allege that Irvin made advances on wives or girlfriends, despite being married since 2003 to his wife, Vicki Irvin. Escobar recalls introducing Irvin to his girlfriend at a club, then leaving them to talk about a potential business opportunity. He looked back to see Irvin with his arm around her. She walked away, telling Escobar that Irvin had invited her to his hotel room.

“No disrespect, but were you hitting on my girlfriend?” Escobar asked him.

“Don’t worry about her,” he recalls Irvin saying. “She’ll be all right.”

Irvin’s students felt a similar sense of sexual entitlement. One former girlfriend of Schultz, who asked not to be named, recalls that some of the men living in the fighter house asked him if she could “come around.”

According to Fowler, Hall and others, Irvin would rouse students out of bed at any hour, demanding they run errands — anything from 3 a.m. calls for cheeseburgers to raking leaves or picking up dog waste at his home.

“It was about calling me at 1 a.m. saying that he needed some video,” Camacho says. “Or that someone is coming in from airport, and you’d pick him up at 3 a.m. No questions asked. We were in Lloyd Irvin’s world.”

“There was a lot of control,” adds Shultz. “Some people trying out for the team would pass out. It was kind of an initiation, like hazing. Looking back, I think he was trying to relive his fraternity days in the school. He wanted absolute obedience.”

About Keenan Cornelius and his change of behavior that was noticed by his family:

Shortly, Keenan’s phone calls grew less frequent. He began ignoring their emails, telling his mother that he suspected Irvin or his subordinates were monitoring his Facebook account.

“We’re a close family,” Kathleen says. “The conversations we used to have just stopped. He became private. He started changing.”

When he did come home, his attitude was dour. His sister Chloe recalls him abruptly demanding she prepare him food.

“It’s a feminist household,” Kathleen says. “That was just bizarre.”

Stories began to orbit Keenan’s family. His stepfather, Tom Callos, is also an instructor and knew people in the business. Irvin’s was a cult-like atmosphere, some warned him. It was isolating, restrictive, manipulative.

The family made overtures to Keenan about coming home, which only drove him further away. “I can’t win if I’m not here,” they recall him saying. “All my friends are here.” He would repeat both like a mantra.