Ralph Gracie’s Controversial Teaching Methods:”I Hit Them in the Head & They Learn Faster” 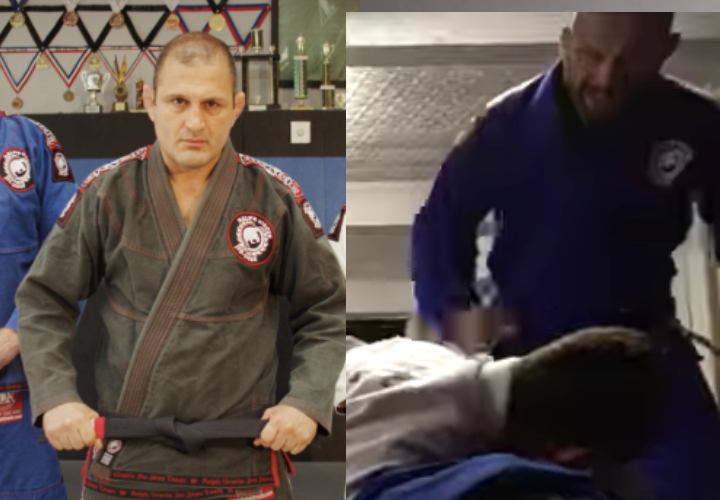 Ralph Gracie ‘the Pitbull’ is one of the most feared & respected BJJ fighters in history. The son of Robson Gracie and brother to Charles Gracie, Renzo Gracie and the late Ryan Gracie, has a reputation for being extremely aggressive.

Over the years, he has somehow mellowed down but there are still crazy rumors about his hard core teaching style that he imposed on his first generation of black belts: Dave and Dan Camarillo, Kurt Osiander, Luke Steward, Scott Nelson, Alan ‘Gumby’ Marques, Misho Ceko, Bj Penn,Cameron Earle, and many more…

Ralph used to drive his students crazy to the point that Scotty Nelson was said to have tried to run Ralph over with his car once.

Some examples of stories are Jason Slater, a music producer and Ralph’s former student, remembering getting knocked out in class for going too hard against Ralph’s instructions. He told Vice:

“He came up behind me and punched me. As in, in the face.”

In the majority of gyms, Jiu-Jitsu trainings are more laidback and very little emphasis is put on had discipline like in some more traditional arts like Karate.

In this Vlog from Rayron Gracie, you can see a much more mellow Ralph Gracie explaining his teaching methods which are old school to say the least:

“If you make a mistake, like this guy (points at his nephew Rayron Gracie) does all the time, then I’ll hit you in the head.That’s how I teach people. They learn faster.